Martha Karua Comes To Shebesh Defence, And Denies She Once Slapped Raila 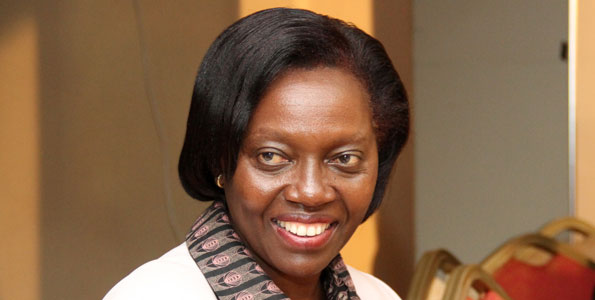 As the debate on who between Kidero and Shebesh was wrong heated up, former presidential candidate Martha Karua joined in.

Some people have been crying gender violence and feminism, while other saw it as a slap between two politicians.
Martha Karua is in the group that believes tough action should be taken on Kidero.
In a series of tweets and retweets, Karua made known her stand.

In the middle of all that, someone reminded Karua of an alleged incident, where she’s said to have assaulted Raila.
She said those were falsehoods.

I must admit that the only incident Google returned concerning a slap between Raila and Karua is this joke. Perhaps @OduorOmollo got his memory mixed up.

Raila, Kibaki, Ngilu and Martha Karua are travelling in a train. The train suddenly goes thru a tunnel and it gets completely dark Suddenly there is a kissing sound and then a hard slap! The train comes out of the tunnel. Ngilu and Raila are sitting there looking perplexed. Kibaki is bent over holding his face, which is red from an apparent slap. All of them are diplomatic and nobody says anything.

Loading...
Mutahi Ngunyi’s Take on Kidero Slapping Shebesh < Previous
VIDEO – Shebesh Husband Calls Kidero a Coward and a Liar Next >
Recommended stories you may like: