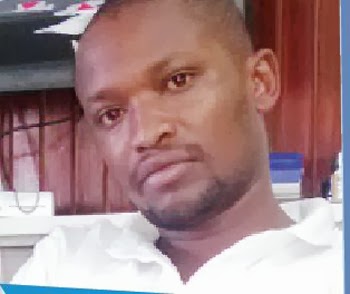 The man behind the controversial blog, Jackal News, has gone missing. Bogonko Bosire has not been seen or heard from since Thursday last week.

Bosire’s college buddy and the current ‘government blogger’ Dennis Itumbi, on Tuesday informed his Twitter followers of the blogger’s status.
“Next assignment #Findbogonkobosire his college door had the inscription “Dwellers of the City do not know the feeling of the village hunter” he tweeted.

He also wrote on Facebook, “Bogonko Bosire where are you? Anyone seen him, the POWERHOUSE KIMC (Kenya Institute of Making Celebrities) alumni and Giggles Club of Journalists are looking for him, he has ben (been) missing since Thursday”

Yesterday, he added that Bosire was not at the City Mortuary.
Bogonko is not at City Mortuary…..painful search at high gear. Anyone with info kindly share, we will Find you former schoolmate as you always say, “with blood cuddling zeal”

Here are some other tweets regarding the same.

Bogonko Bosire has rubbed several shoulders the wrong way, especially in the opposition circles.
Recently, the blogger accused Raila Odinga’s aide, Eliud Owalo, of planning to destabilize the government.
Owalo was questioned by the CID after that Jackal News report.

While speaking on Sunday Live, Raila Odinga accused Jackal News of being ran by the government intelligence.

Loading...
VIDEO – Former President Kibaki Steps Into a Courtroom < Previous
MUTAHI NGUNYI – Ole Lenku Should Not Be Interior Secretary Next >
Recommended stories you may like: