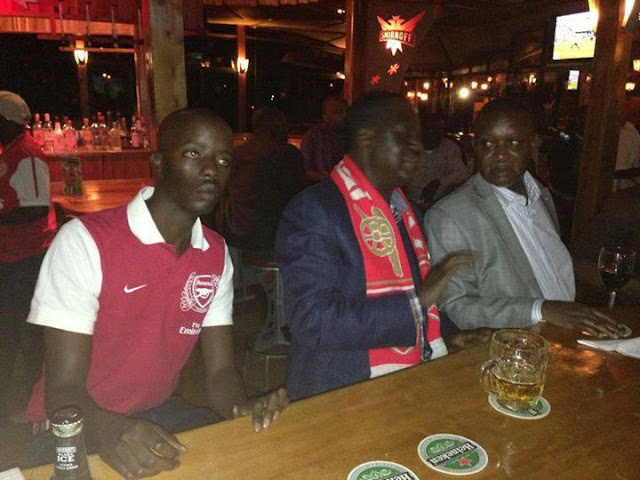 This photo, released by ODM director of communications Phillip Etale, shows former prime minister Raila Odinga, his son Raila Odinga Juniour and his brother Oburu Odinga watching Arsenal’s final game of the season.
Arsenal was playing against Newcastle and won by a single goal. That was however enough to seal their spot at the European Champions League next season.

Raila is a life gooner and that can be explained by his scarf and… wait is that KEG he’s drinking?
Anyway, just about two minutes before Arsenal scored, Raila tweeted this.

Meet Motivational Speaker Ian Njiraini: I Was Told I Couldn’t Be A Pilot So I Became One
Loading...
The Latest