Raila Odinga Misses in Yet Another Report, The TJRC Report. Is He The Cleanest of Them All or Did The West Influence The List? 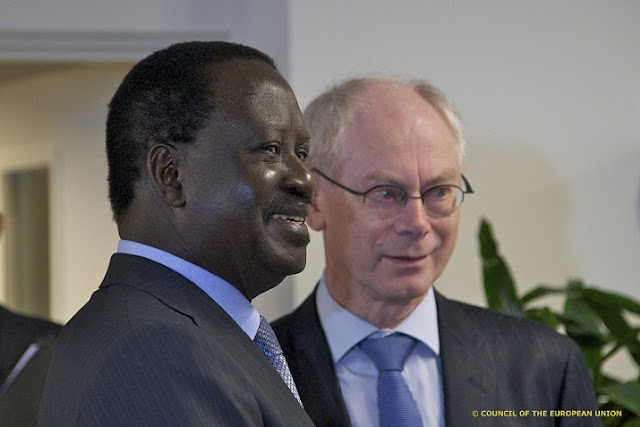 Even after losing the election to Uhuru Kenyatta, Raila Odinga has continued being a target for attacks. His decision to continue making political comments has not helped the situation.

Before March general elections, Raila was undoubtedly the most hated, yet arguably the most loved politician. Those who hated him did so with a passion and his followers were fanatical.
Whether politically calculated, Raila’s name was dragged into almost every scandal since the departure of President Moi.
Post Election Violence, ICC, Maize Scandal, Kazi kwa Vijana; he was everywhere.

The 2007/08 violence is probably what brought him most of his sworn haters, as he was one of the presidential candidates. Though several reports did not link him directly, many Kenyans still believe he was the reason the country almost went to the dogs.
Then came ICC. Raila is on record, together with Retired president Kibaki, as having tried to convince the MPs to have the trials at home. Somehow, the gods were not with Raila as Uhuru and Ruto successfully convinced voters, either directly or indirectly, that Raila was the devil reincarnate; 100% responsible for their trials and tribulations  at the Hague.

When the Ocampo named the six suspects, Raila’s name was not there. Conspiracy theories that people came up with then, were just wow. On Tuesday this week, TJRC released its report and Raila was once again missing in action. This time however, he is less relevant politically, and fewer people are speculating that the West influenced the list.
Incidentally, among those the report names as allegedly having contributed to the suffering of Kenyans, are President Uhuru and his deputy William Ruto, and the chairman of TJRC, Bethwel Kiplagat himself.

Somehow, Raila’s well publicized Molasses deal does not feature, and so does the 1982 coup, which he is said to have taken part in.
So, is Raila Odinga ‘Safi Kama Pamba’, as he always said?

My Hustle – I Farm Worms and Make Worm Tea
Loading...
The Latest