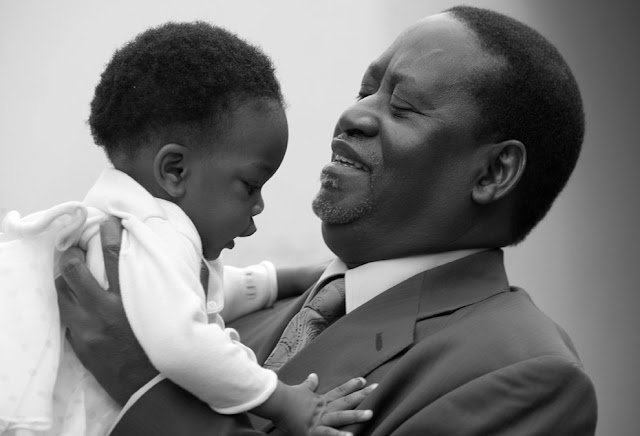 Oyaore Jakom. Ichieo?
I have chosen to address you thus because I am made to understand that there is only one Jakom and if there is any other, they are pretenders to the throne. You may not recall me but we have interacted many times in the course of your career as a reformist and mine as a member of the so-called distinguished Fourth Estate.
Indeed, I have followed your political career with more than just cursory interest, for you alone have helped to shape our political landscape singlehandedly more than three dozen of our most remarkable politicians put together. If truth be said, your sterling role in what has come to be called reform movement in this country has greatly influenced the path we have taken as a nation.
I admired the fact that you took over the mantle of being the de facto Jaramogi family flag bearer with relative ease, and fitted into the shoes of your late father in your stride. I must say that your role as a reformer, even in the dark times of the repressive Moi rule is without equal. If that was all that mattered in elections, you would be head of state today.
But like you have discovered, our brand of politics is rather different from the conventional and things can take off on a tangent unexpectedly. My beef with you is the manner you have chosen to articulate your views about whether or not victory was snatched from you in the presidential elections. When you mobilised Cord supporters (or maybe your supporters did!) to congregate at the Supreme Court building when your petition was being filed, Jakom, that was gross. Was it an attempt to intimidate the judiciary?
We loathe to think so, for that would surely work against you. You can see that now, can’t you? If your admirable role in demanding that we establish and follow the due process of law in conducting our national affairs is anything to go by, then you are busy destroying yourself. Having built a sterling career as a strong defender of justice and the rule of law, why then would you be at the frontline of advocating the disregard of the self-same law you so much believe in?
Given the part you played in the birthing of the Constitution, which we cherish abundantly, why would stand at a podium and proclaim that victory was stolen from you? Aren’t these the type of statements that easily transit to anarchy, especially given the restlessness that has been occasioned by the pending determination of the petition you have filed?
Without going into the merits or otherwise of the petition (a man I hear is my look-alike, Chief Justice Willy Mutunga would have my kidney for dinner if I did that!) shall we just say that if we have confidence in our national institutions, and the Judiciary is one of them, we should leave them to do their work. Jakom, either we have confidence in the ability and capacity of our Judiciary to determine such issues or we don’t.
You have been a staunch defender of the reformed Judiciary so, it beats logic that you would turn around and make public proclamations that would undermine your confidence in the same. Why do you need a reminder from police boss David Kimaiyo, or indeed the head of intelligence that the situation is such that holding rallies right now is not appropriate? I am certain you know better. I can bet my Sunday lunch you are capable of better judgement. I rest my case.

Poll Reveals 5 Things That Kenyans Will Remember Uhuru Kenyatta For
Loading...
The Latest