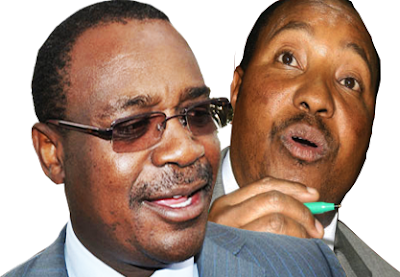 Ipsos Synovate has released an opinion poll commissioned by the Standard Group, touching on the two main counties in the country, Nairobi and Mombasa.
From the poll, two conclusions can be arrived at. Mike Sonko will be Nairobi’s first senator and Hassan Joho will be Mombasa’s first governor.

The poll released yesterday gives Sonko an overwhelming lead in Nairobi; a 40% difference between him and his closest rival Margaret Wanjiru. The poll gives Sonko 65% against Wanjiru’s 25%.
ODM candidate for the Nairobi governor seat Evans Kidero will take it, if elections were held today. The gap between him and his closest rival, Ferdinand Waititu of TNA is however only 3%. Jimnah Mbaru also features on the poll coming in at number 3 with 10%.

In Mombasa, Najib Balala will not make it to senate if elections were held today. Former human rights commissioner Hassan Omar of the Wiper party will narrowly snatch the victory with a 2% difference between him and Najib Balala of Republican Congress. The poll gives Hassan Omar 28%, with Balala and Ramadhan Kajembe tied at 26%.
Raila is the most preferred candidate in the county, by far, and so is his CORD alliance. The poll gives Raila 70% in Mombasa county, with Uhuru garnering 17%. CORD gets 67% with Jubilee getting 17%.

Here are the broken down figures.

Loading...
Jubilee Coalition Back In The Day (PHOTO) < Previous
Why Esther Passaris Is Not Answering Your Calls Next >
Recommended stories you may like: