“I’d Rather Die Than Resign” 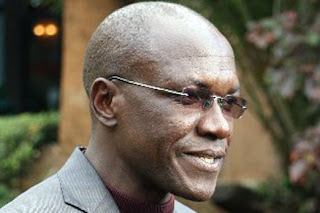 Ikolomani MP Bonny Khalwale is back for Amos Kimunya, the same person he forced to resign several years back. This time, he wants to make sure that there is no possibility that the minister will get his office back.
The Parliamentary Accounts Committe has writtten a recommendation that Amos Kimunya be declared unfit to hold public office. The committee, headed by Khalwale, has also called on the Ethics and Anti Corruption Commission to start investigating Kimunya and Central Bank Governor, Njuguna Ndung’u over the loss of Sh 1.8 billion.
“As per the analysis of evidence, observations and conclusions under Chapter 5 of this report, the Committee was satisfied that the former Minister for Finance, Hon. Amos Kimunya and the incumbent Governor of Central Bank of Kenya, Professor Ndung’u were responsible for the loss of Sh1,830,909,616.00.″ reads the report. “The Ethics and Anti-Corruption Commission should investigate them with a view to taking appropriate legal action against them and recovering lost funds.”
The committee accuses Kimunya of cancelling a money printing deal that would have saved Kenya almost Sh 2 billion. He cancelled the deal claiming that the government wanted to go into a joint venture with De la Rue. The deal was not making economic sense since the company, based at Ruaraka, was using outdated equipment and would have most probably brought losses.
This is the second time Khalwale has come for Kimunya. The first time, Kimunya was accused of illegally selling the Grand Regency Hotel to Libyan investors. He is famously remembered for his statement; ” I’d rather die than resign”, one he probably came to regret ever making.
© nairobiwire.com
Loading...
Caroline Mutoko Appointment To Tourist Board Suspended < Previous
Mbagala Singer Diamond On His Hospital Bed (PHOTOS) Next >
Recommended stories you may like: