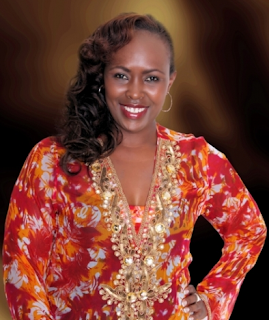 The appointment of Kiss 100 presenter Caroline Mutoko as the chair person of the Kenya Tourist Development Corporation, KTDC, has been blocked by a court. Justice Cecilia Githua suspended the appointment on Tuesday.
Tourism minister Dan Mwazo, through a gazette notice appointed Mutoko, Vicent Watti, Nassir Ali Said, Dorah Waruiru and Vicncent Mwalenga to serve in the board last week.
KTDC chairman Mohammed Shaiya, through his lawyer, told the court that the appointments were unconstitutional and illegal and therefore must be blocked.
“The first respondent is morally and legally obligated to uphold the rule of law which enjoins him to comply with and respect the Constitution, statues as interpreted by the courts. His action against the applicants is a gross transgression of the law,” his lawyer told the court.
He further claims that he was not informed that his job would be revoked. His lawyer argued that no person should be condemned unheard.He added that the minister’s actions were guided by ill will and malice. The case will be heard on September 25.
© nairobiwire.com
Hilarious Primary School Student English Composition. < Previous
Khalwale: Kimunya Must Go, Again. Next >
Recommended stories you may like: