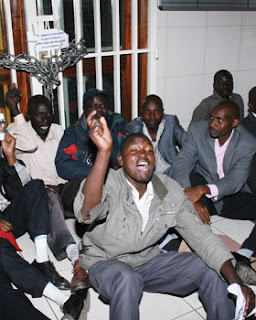 Education minister Sam Ongeri is on the spotlight again and not for any good. For the second time in his career as education minister, he has been accused of high level corruption. The first time, the prime minister ‘fired’ him but the president overturned that decision. This time round, it is yet to be seen if the president will save him again.
Civil rights groups, the most noticeable been that led by Omtata, have demanded his resignation and have even gone a step further by camping outside his office in Jogoo house. It is however clear that the pressure been exerted on him is very minimal considering that only a very small number of activists are demanding his resignation.