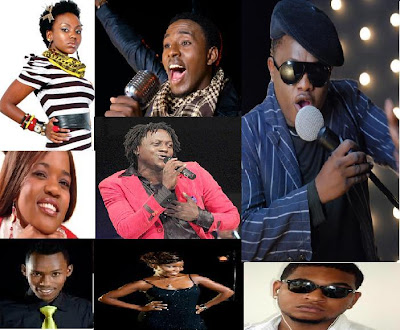 Its now down to hours before the most anticipated Tusker Project Fame, or Tusker All Stars as it will be known goes live on air.Sunday 26th is the date we all don’t want to miss. For the third fourth time in a row, Citizen TV will do the honour of airing the show to Kenyans, and at exactly 7:30 pm this Sunday, Eve and Gaetano will hit your screens. Uganda’s UBC and Tanzania’s TBC will be airing the show to the respective countries and it will also be live starting at exactly 7:30 pm. Rwanda will however have to contend with a recorded version on Monday courtesy of Rwanda TV.
The eight contestants to entertain East Africans for the next eight weeks include:Hemedi, Ng’ang’a, Alpha, Msechu and Davis making up for the male, while the female include, Patricia, Amileena and Caroline. The judging panel has not been made public yet but don’t be surprised to see Ian Mbugua again. Nairobiwire will as always bring you the latest analysis starting this weekend.

The New Africa Magic Swahili < Previous
Will Ongeri Resign? Next >
Recommended stories you may like: