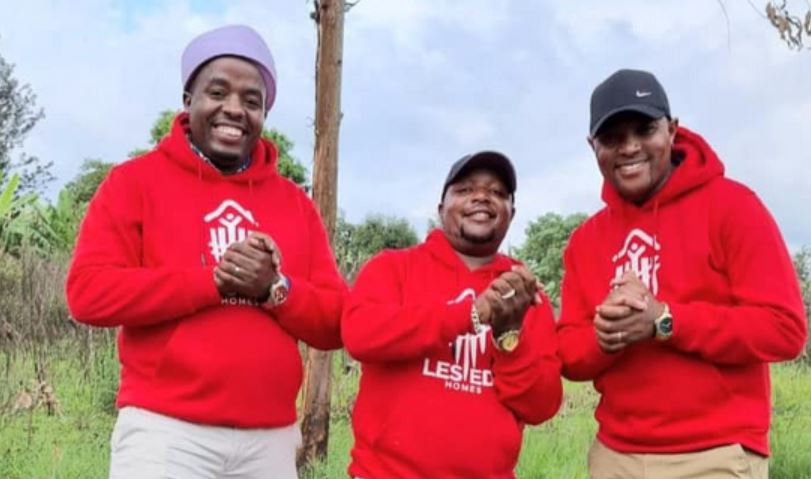 The Thika-based real estate company is accused of swindling investors of more than Ksh1 billion by selling non-existent parcels of land in various parts of the country.

Muigai was Njoroge and Karangu were among those hired by Lesedi to market the land scheme on social media.

The public figures have apologized to their fans and vowed to get to the bottom of the matter.

Karangu said when he invested and influenced for the company, he had no intentions of conning investors.

“Hey friends…I want to confirm to you all that year 2021, I invested and influenced for the Lesedi Group. I myself as many other Influencers can confirm to you that our contract was not to con Kenyans as I have seen many people referring to us,” Muraya wrote on his Facebook page.

“I can confirm to you that I will stand with all investors and as per our agreement with management you will either get your title deeds or refund as soon as possible,” he added.

Karangu said he had contacted the MD of the real estate company and that they were planning a meeting with all the influencers and aggrieved investors.

“I have called Mr. Kahungi Kirago the MD and we are preparing a meeting with all investors whose title deeds have been delayed and all Influencers so that no investors will lose anything through our platforms.”

Muigai on his part threatened legal action against Lesedi Developers.

“No matter how much I was paid by any company or individual to market or advertise something on their behalf. If they fail to honour the agreement with their customers, I will sue them for that,” he said.

Meanwhile, the Director of Lesedi Developer, Geoffery Kiragu, on Wednesday, January 11 denied reports that his company swindled more than Ksh1 billion from its clients.

He however acknowledged that there were challenges in meeting the expectations of the clients.

“The accusations being made against us are not only unfounded but also an injustice to our company’s reputation. Real estate is a business that provides opportunities for investors to own property. Like all other ventures, there are evolving difficulties.

“The allegations of scamming and conning people are ridiculous and completely untrue. We procure land and have overheads,” Kiragu said in a statement.

Suspected Thief Flatters Magistrate in Court: ‘You Must Be From Nairobi’ < Previous
Puzzle of Nairobi Man Who Intruded Hotel Room Then Jumped From 8th Floor Next >
Recommended stories you may like: