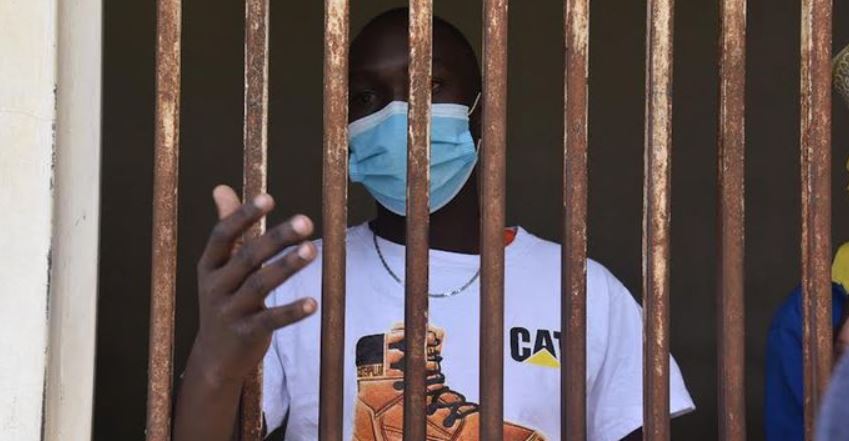 A convicted armed robber on Monday, January 23, 2023, pleaded with the court for a non-custodial sentence saying he had reformed.

Kevin Matundura, 24, and his accomplice Joram Njoroge Wainaina were found guilty on December 23, 2022 for an armed robbery on the night of March 14, 2017.

Matundura, who was aged 19 years at the time, and Wainaina were part of a four-man gang that raided the home of Mr James Wamugunda, a businessman and farmer in Bahati sub-county.

The gang terrorized the family for about eight hours, during which time they prepared tea, watched television, cooked meat and toasted it with wine, and also drove the victim’s vehicle.

As this was happening, Matundura was smitten by the family’s house help whom he untied and sat with on the couch.

The suspect offered her a glass of wine but she declined as they talked in low tones. He also asked for her phone number and ensured that she kept her phone as they robbed the other family members of theirs.

However, as they were leaving, Wainaina sexually assaulted the househelp, infuriating Matundura.

The following day, Matundura reached out to the victim to apologize for the ordeal. He asked her to meet him on a lunch date and she agreed.

Unbeknown to Matundura, the woman showed up with police officers who arrested the suspect.

He led detectives to the home of Wainaina’s aunt, Josephine Waihini, where they had stashed the guns and stolen items. Matundura also confessed to taking part in the robbery before he later changed tune.

Matundura, Wainaina and Ms Waihini were arrested and jointly charged with robbery with violence, possession of stolen property, and gang rape.

Matundura was found guilty of robbery with violence and being in possession of firearms and ammunition without a license.

Wainaina was found guilty of robbery with violence as well as rape.

Ms Waihini was acquitted of all charges after the court established she was not aware that her nephew was a criminal and she neither took part in the robbery.

The sentencing was scheduled for Monday but failed to take place after the court was informed that the pre-bail report was not ready.

In mitigation, Matundura pleaded with the Nakuru court for a lenient punishment saying he is too young to serve life in prison.

He argued that he had spent the last 5 years in remand, during which time he underwent counseling and reformed.

Matundura said he had learned his lesson and was willing to be a productive member of society.

“I am at a young age and do not want to spend the rest of my life in custody. I have undergone counselling and would like to be allowed to go back home and give back to the community,” said Matundura.

The court adjourned the sentencing to February 6.

Man Leaves Suicide Note Telling Lover, “I cannot live without you…” < Previous
All The Trending Memes and Tweets Today Next >
Recommended stories you may like: