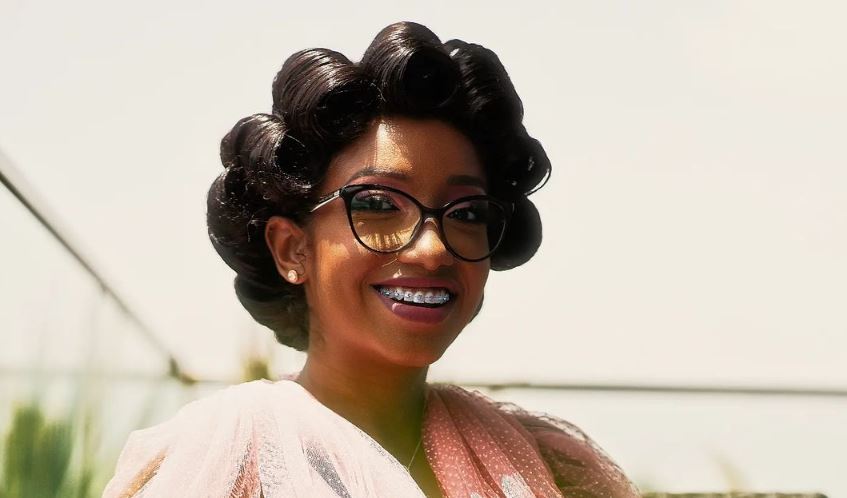 Anita Nderu has shared more details about her experience as a new mum, admitting that she did not fall in love with her baby immediately after giving birth.

“It came through about 2 weeks later when I was looking at her in her bassinet and I felt like my heart would explode with love❤️ it’s been such a fun couple of months,” she said.

The former Capital FM radio presenter added that motherhood has been a fun experience.

“It’s been such a fun couple of months, every day class is in session with Nippie Suckle. She smiles so much, her farts smell horrible but I love them, they hit you in waves like perfume, I love breastfeeding her even though my milk is no longer there, I love falling asleep with her in my arms, she’s asleep next to me right now and I’m excited for her to wake up so we can hang out because she is awake more now and loves to do stuff to keep busy,” Anita wrote on social media.

“She is making suckling noises as she sleeps, which makes me smile😊 Also she has outgrown her bassinet already and she rotates in her sleep so you find her limbs hanging out like a jail bird😄 This should probably have been a vlog story, I didn’t intend to even write this long a caption but I just thought I’d share❤,” she said.

Afro-Pop Ayra Starr Coming To Nairobi < Previous
Akothee – Why I’m Still President of Single Mothers Next >
Recommended stories you may like: