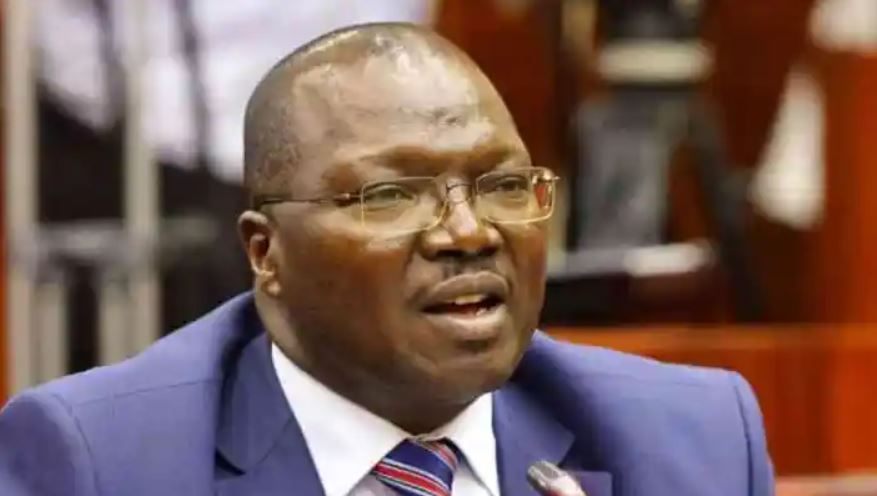 It’s exactly three weeks since President William Ruto launched one of his main campaign pillars, the Hustler Fund – a government-funded credit service offering loans of between Sh500 and Sh50,000 at an annual interest rate of 8 percent.

This is according to data from Cooperatives and Micro, Small and Medium Enterprises Cabinet Secretary Simon Chelugui.

CS Chelugui also revealed that the largest loan issued to a borrower is Sh5,000. He said borrowers can gradually increase their Hustler loan limit to Sh50,000 by repaying on time.

“The idea is to start small and grow big…so long as you repay without delay you’ll be able to grow and get the maximum amount which is Ksh50, 000,” CS Chelugui said.

Meanwhile, Hustler Fund borrowers have saved Sh480 million from over 17 million transactions recorded. The government deducts 5 percent of each loan which goes towards the savings of the borrower.

70 percent of the deductions go towards long-term savings in a pension account while 30 percent are short-term savings.

The funds are held at KCB and Family Bank, but the CS said the government is onboarding the National Social Security Fund to be the long-term custodian of the savings.

Borrowers can access their short-term savings within a year.

“The savings will earn interest at market rates offered by the two banks on fixed deposit accounts,” Chelugui said.

Data from the ministry also indicates that the majority of Husler Fund borrowers (33 per cent) are aged between 18 to 29 years.

They are followed by ‘Hustlers’ in Kiambu County who have benefited from some Sh651 million. Nakuru ‘Hustlers’ took Sh454 million in loans and those in Machakos Sh354 million.

President Ruto will launch the second phase of the Hustler Fund in February of next year.

The government will disburse loans of between Sh100,000 and Sh2.5 million to businesses. The funds will be disbursed through chamas, banks, Saccos and microfinance institutions.

Pacificah Nyakirario: Prime Suspect in Baby Sagini Attack Wails in Court < Previous
Martha Karua Responds To Calls For Ruto To Give Her Govt Job Next >
Recommended stories you may like: