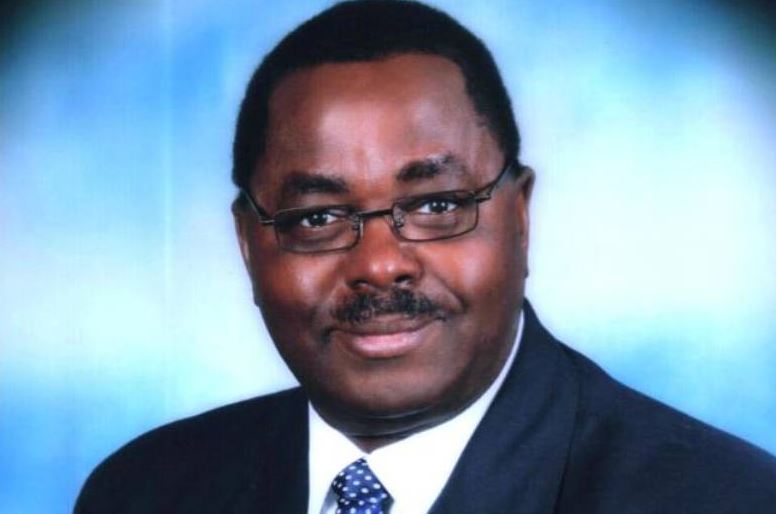 Dr David Ndetei is a distinguished psychiatrist. He spoke to the Nairobian on a wide range of topics including dysfunctional families and the irony of Christians visiting witch doctors.

Kenyans are very religious, but also visit witchdoctors and worship the corrupt. We are a contradicted society…

That is true and I do not necessarily condemn those people. The people who have scientific background will explain what they see using scientific models. Kambas say, ‘nobody dies for nothing’ they will visit a witchdoctor for intervention. The same way Christians go to a spiritual person for prayer. Prayers do help, but people should understand that some problems the pray for could be biological and can be treated.

Very religious families also have alcoholics and crooks. What explains that?

It has always been like that. Scientifically, DNA is used to differentiate people because we are all very different. You can have two people born  of the same mother, same environment, the love is the same, yet one becomes successful and the other does not. These people are different genetically, and 75 percent of our behaviors are determined by our genes, it has absolutely nothing to do with religion.

Families on average are very complicated; deep-seated hatred, and siblings who don’t see eye to eye. What happens?

There is nothing new about sibling rivalry, it has always been there.  There have been worse cases, the only difference is because right now we are seeing more of these family-related problems because there are laws that control how you can be violent within family unlike before where people faced little or no consequences because culturally it was accepted. But ultimately there is nothing new about family problems.

Which are the best ways of mending dysfunctional families?

There is no better way than communicating. You cannot prescribe medicine that will stop the problems at the family level.  As a psychiatrist I don’t attend to individuals, instead I recommend that if one has a problem with the husband, they come together. We always assume that only women are beaten by their husbands, but it is surprising how many men come forward saying, that their wives have been beating them but did not report because of the cultural issues. I create an environment where they can both speak freely.

Do psychiatrists also have mental issues and do they turn to?

We are human beings and we are subject to everything that affects human beings. However, professionally we are not supposed to talk about that.

We managed to eradicate stigma around HIV AIDS  and now Covid, but never mental illness. Why?

The rich, on average, are usually sad characters. Why doesn’t money bring happiness?

There is no difference between the rich and poor. From the Bible, all the riches of the earth are vanity. True happiness is not in what you have, not in the wealth, true happiness is being satisfied with what you have. If you go to people who live in the slums have very different priorities from the rich. True achievement is not what you accumulate but what you do for others.

Marriages are a huge cause of mental strife. Advice newlyweds…

Many people with problems in families do not understand each other. Dialogue is highly recommended. Ways of expressing love is biologically determined. Men see things differently from how women.  Women are emotionally inclined to most things, so if people understand the biological make up of their partners, many problems can be solved by dialogue.

You were awarded a Doctor of Science, higher than a PhD. What new revelations about the human mind did you gather?

I trained in the UK in one of the best universities. This had nothing to do with my intelligence, the Kenyan government proposed me and the British government accepted me. It is only in Kenya that if you call a professor by their name it becomes an issue. I met some of the best brains in the world. One of the professor who introduced me to psychiatry once told me to call him by name, a very senior person in psychiatry.

Having been dispensary prefect at Machakos School must have influenced your career choice. But why Psychiatry?

I started working in the school dispensary while I was in Form Two, the then prefect was called Roy Muoki. He asked me to help him. I don’t know why. Then when he left for Form Six, the principal appointed me dispensary prefect while in Form Three. While serving, I had very interesting interactions with personalities. I really don’t know why I didn’t kill them! I had no medical background but I managed to help patients. (The late President Daniel) Moi gave me a book during his visit to the school which I later learned was a book of psychiatry while in university. My father also influenced my career choice. He never raised his hand on me and I learned you can resolve everything through dialogue. One time I burned a house down while playing with fire, my father did not beat me up. He spoke to me. Joseph Muhanji, the then professor of psychiatry told me to study psychiatry. A very prominent cardiologist from Mombasa told me if he had another chance, he would specialize in psychiatry. These people humbled me.

During your Inaugural Lecture in 2001 you got emotional at the mention of your mother in the audience. What is the back story?

My mother is very close to me and is my good friend. I was not the only one who broke down, it was the whole audience. I was describing the fire in Kyanguli Secondary school where 67 students were burnt to death. I was involved in the response, there was no money and I went into my pocket. Talking to those mother’s was very painful.

Which part of your childhood influenced your adulthood?

My father! The relationship I had with my parents, their kindness and generosity greatly influenced the person I  am today.

I do analysis of people who come to me on professional level.

Meet Hennessy Hypeman Jerry Shaffer < Previous
Hustle – My Secret to Success in Film Industry Next >
Recommended stories you may like: