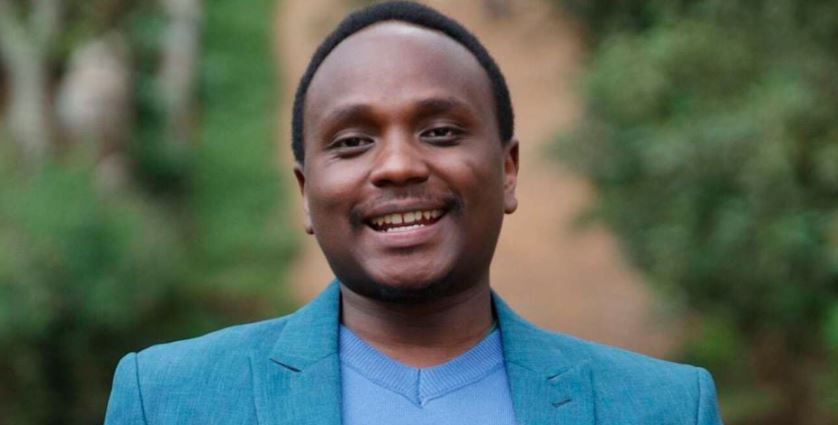 John Waiganjo boasts of a decade of experience in film production. The self-taught filmmaker has also nurtured many thespians from Nyeri and produced several films and skits.

When you could do something else, you settled on film. Why?

My interest in film was ignited by my high school drama coach, Ephantus Kariithi, who encouraged me to engage in street performances when I failed to secure a college entry grade after high school. I got to interact with many renowned artists and film makers in Nyeri, including the late Lee Kaguongo who was a veteran in visual art. However, most of my skills are self-taught since I am very passionate about filmmaking and do loads of research online.

Tell us about your journey in the film industry…

After high school, I started doing short skits, songs and dances on the streets. During my performances, I would invite the community to offer solutions to a particular social challenge. The skits were themed on HIV/Aids, gender-based violence and sexually transmitted infections. At that time, I did not have any camera or professional equipment, but I successfully created my first web series known as In My Shoes, using my mobile phone. In the film, I told the story from the perspective of the perpetrator and not the victim of HIV.

After two years, I moved to Nairobi in search of collaborations with established companies to produce a television script that I had written, because I lacked the resources to produce it. I pitched show ideas to popular TV stations which declined my offer. All media firms needed a pilot episode, which I did not have at the time.

At some point, I got conned by someone who claimed to be willing to partner with me to start a production company in Nairobi but in the end, they vanished with the company that I was already in the process of registering.

This was why I resorted to saving the money I made from contractual acting gigs to buy camera equipment. I used to earn between Sh5,000 and Sh10,000 at that time.

Is this the period when you founded your own production company?

While I did my acting gigs, I also offered mentorship and information on life skills in high schools within Nyeri county. It was while engaging in such initiatives that I saw an opportunity to tap into the art talents from the schools I visited, and created Gee Twists Films. It took me approximately five years to establish the company.

How were you getting the high school mentorship gigs?

I was often hired by non-governmental organisations (NGOs) to train students on life skills in schools. Sometimes the organisations would contract me for months, and I would earn so much more than my acting gigs.

What are some of your works?

Some of my greatest titles include a short film that premiered in Nyeri last month known as Terra, which was produced during the Covid-19 lockdown period. Terra is shot on the streets of Nyeri and it is about a young man’s struggle to stay sane during the lockdown. So far, I have made eight films, and a radio drama podcast.

What are some of the mistakes and lessons that you have picked along the way?

Out of desperation, when starting out, I trusted the wrong people which ended in losses and tears. I learnt that in this industry, rushing through the process is never a good idea. I also learnt not to make decisions out of desperation. Try to forge your own path and trust the process. My experiences taught me that persistence is important.

What are the pitfalls in this field?

It is risky to invest finances in film production. You do so with the hope that it will bring profit, but sometimes things don’t go well. This field demands patience, a sound mind and a keen eye for detail, as well as the ability to work as a team.

On a scale of one to 10, how likely are you to advise someone to venture into film and where would you tell them to start?

It depends on which aspect of filmmaking one is planning to venture in. If it is being a producer, which includes writing and directing, I would say a seven because this industry is not for the faint at heart. One is required to have a strong backbone to support you especially when things don’t work out as you had expected. On the other hand, when things do work out, you stand to reap rewarding benefits and return on investments.

If it is about performers (actors and actresses), I would give it a nine, if you have the necessary talent and skills. However, it also has its downside especially if you meet agents who only want to exploit you.

Don’t rush, research on your country’s film industry and find out how to venture into the craft and protect yourself from its ugly side.

Psychiatrist Dr Ndetei Talks Dysfunctional Families, Religion and Witchcraft, Sibling Rivalry < Previous
One on One With Life Coach and Speaker Ofentse Tsipa Next >
Recommended stories you may like: