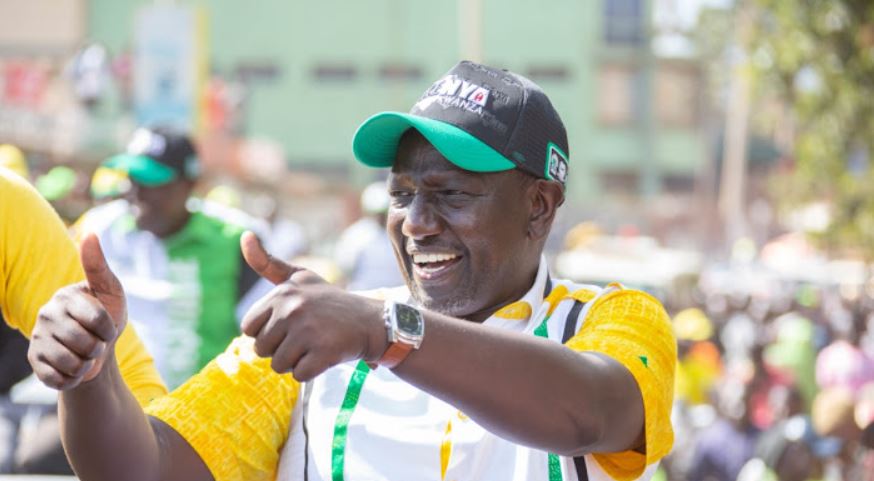 President William Ruto is the most influential African leader on Twitter in 2022, the 2022 World Leader Power Ranking report has revealed.

The report is by BCW’s Twiplomacy, a digital diplomacy initiative by the strategic communication agency, BCW Global.

According to BCW, Ruto is followed by South Africa’s Cyril Ramaphosa and his Ugandan counterpart Yoweri Museveni.

The Kenyan Head of State was also ranked as the third most influential leader in the New World Leaders ranking.

“Twiplomacy’s new ranking algorithm has been designed to identify what influence is on Twitter among a particular list of handles. Given a specified time interval and list of Twitter handles, the algorithm assigns a tailored weighting to variables including mentions, tweets, retweets, reach, impressions, follower changes, likes and follower count,” BCW said in a statement to newsrooms.

“It then applied additional variables such as gender, age, length of time in office and others to further contextualise, compare and understand influence factors in the ranking. The top three bring together big personalities, geopolitical clout, and a strong domestic following – all factors that determine a world leader’s influence on the platform.”

Other factors considered included authenticity, human language, quick reaction times and a sense of humour or flair, which break away from the formality of traditional diplomacy.

Globally, Indian Prime Minister Nraendra Modi ranks as the most influential leader on Twitter. He is followed by US President Joe Biden and his Turkish counterpart Recep Tayyip Erdoğan.

Court Hears How Joseph Kamotho’s Son Tried To Disinherit Siblings < Previous
Ruto – We Have Disbursed Sh5B Worth of Hustler Loans Next >
Recommended stories you may like: