My Story – I Was Imprisoned for Reporting Dusit Attack Terrorist 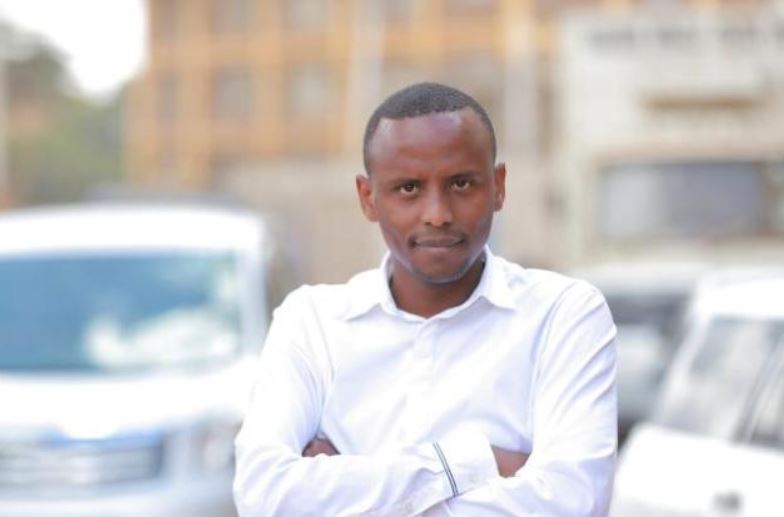 Pastor Benson Maina Mwangi was living a good life complete with thriving businesses and a happy family before 2019. His life took an unexpected turn when he reported a suspected terrorist who was a regular at his garage in Pangani.

I was born and raised in Pangani, Nairobi. My father was a successful businessman who specialised in buying and selling second-hand cars. He was also involved in facelifting cars that were not in very good condition and selling them at a better price.

Tell us the events that led to your arrest in 2019 and your life before that.

Despite my father being a successful person to the point of being given the nickname “Sonko” I was never interested in being a businessman myself. Instead, I was more inclined to church activities than matters of business. This is despite the fact that I was a good footballer and actor.

However, I realised that ministry also needs money and so I ventured into a number of businesses to sustain myself and support the ministry. I started my own company called Step Up International which involved print work, studio among others.

I also used to make my own custom-made hoodies and sell them and business was generally good. In addition to these, I also followed my fathers’ footsteps and ventured into the garage business. I also had a wife, with one child.

In 2019, an incident happened that completely changed my life.  There was a client who used to come to my garage and he happened to really like my services. And so he used to frequent my place. However, when the DusitD2 attack happened in 2019, a number of terrorists who were involved escaped and I saw photos of the terrorists being circulated on the Media. I was shocked to see the client who used to come for services at my garage as one of the terrorists in those photos.  What got me to be more convinced is the vehicle which had also been shown on TV.

As a good citizen, I took responsibility to go and report at my local police station that one of the terrorists had visited my garage on several occasions. Interestingly, they never allowed me to leave the police station as I had to remain to “assist with investigations” since the country was on high alert at that time.

Initially, I had thought that they will leave me after a few hours after completing their investigations but the hours turned into days and they eventually opted to press charges on me over “links with terrorism”

I was taken to remand prison and unfortunately, the outbreak of Covid-19 in the country halted court activities and so my proceedings over the case were literary almost at a standstill.

It’s here that I went through immense torture, not only from inmates but also from prison officers who ensured that I was put in a secluded cell owing to the nature of ‘my crime.’

How did you eventually leave prison?

The investigation officers eventually established that I was innocent and that they had wrongly implicated m. I was absolved from the crime and set free.  The officers were really apologetic for having me suffer for no reason at all.

You said your wife divorced you while in prison?

Yes, many people told her that the crime I was implicated with was a very serious one and she should forget about me being set free at any time. The pressure from her family and friends was too much and she opted to seek for divorce when I was still in jail. Within the same year, 2019, she got another man and another child, the second one.

How did your life change over this incident?

The events left me traumatized and when I came out on February this year, I found many of my things including businesses and personal properties missing. I thank God many of my church colleagues have been supportive by providing me with basic necessities but now I have to start from scratch businesswise.

Tell us about your community-based organisation and the motive behind it.

Yes, together with my colleagues and friends, I am currently running a charity programme in our locality, Pangani, and its environment where we support vulnerable individuals with basic necessities like food, sanitary pads for girls, clothes, etc. We also have a mentorship and rehabilitation programme for young people to help in eradicating the problem of drug abuse among the youth and teens in this area. Those around here will tell you that drug abuse among young people is a problem that has affected this locality to a large extent and needs to be addressed. Myself, I lost my younger brother to drug abuse and so I feel pain when many young people get lost over this. I am calling upon like-minded parties to come and support this programme.

My Story – How I Survived Obstetric Fistula < Previous
Funny Tweets by Kenyans on Twitter for your Monday Blues Next >
Recommended stories you may like: