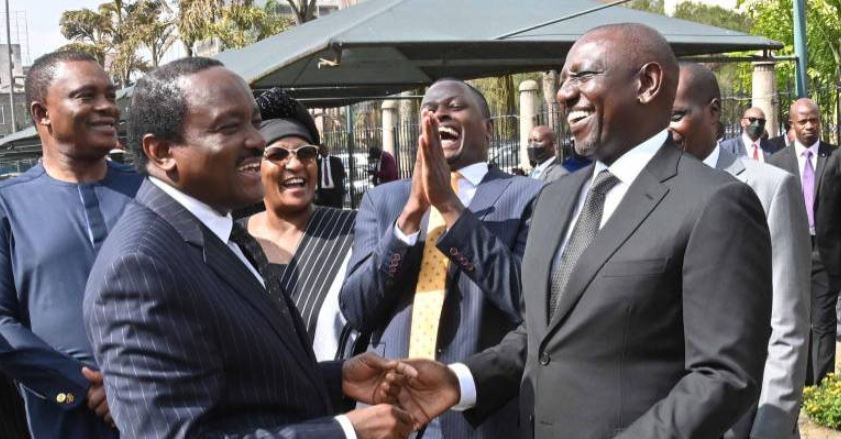 Wiper party leader Kalonzo Musyoka has sounded a warning on an alleged plot to rig the 2027 General Election.

According to the Wiper Party leader, President William Ruto’s interference with the Independent Electoral and Boundaries Commission (IEBC) could be an attempt to gain control over the electoral body.

Speaking in Kitui on Monday, Kalonzo said the attempt by the government to kick out the ‘Cherera four’ IEBC commissioners was ill-timed and only meant to frustrate the functions of the commission.

Kalonzo said they will not allow the President to misuse his powers and affirmed that the Azimio la Umoja coalition party will hold the planned rally at Kamukunji grounds on Wednesday.

“We will still go to Kamukunji on Wednesday, and we mean well for this country. We are basically saying please do not pre-rig the 2027 General Election.

“Justice must be seen and this is basic, justice must not only be done but it must manifestly be seen to be done in the case of Cherera and her fellow commissioners,” he said.

Kalonzo added that holding peaceful demonstrations is a right enshrined in the Constitution and Kenyans don’t need permission from any authority to exercise their constitutional rights.

Man Found Dead After He Stabbed Wife And Bit Off Her Lover’s Lip < Previous
President Ruto To Table Proposal on Creation of Opposition Office Next >
Recommended stories you may like: