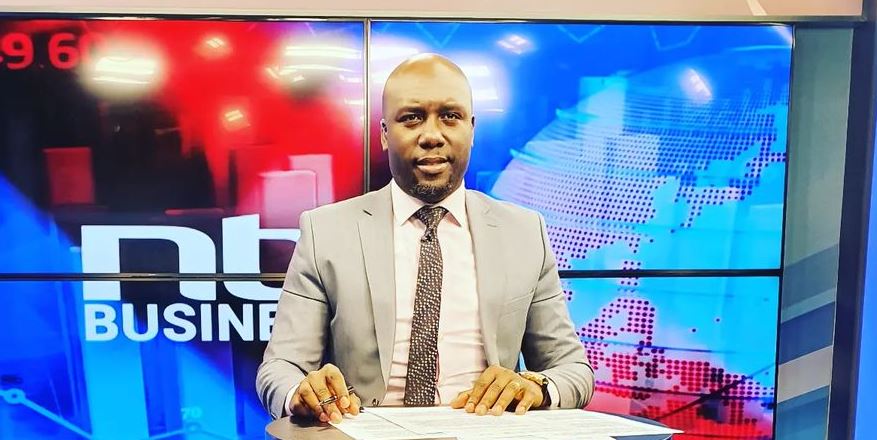 Veteran journalist Dennis Okari is another casualty of the ongoing restructuring at Nation Media Group(NMG).

The award-winning investigative journalist has apparently been laid off by NTV, joining prime-time news anchor Mark Masai out of the media house.

Dennis Okari announced his exit from NTV on Monday, December 5 saying he was grateful to God for the opportunity to serve.

“My assignment at NV has come to an end,” Okari wrote, adding that he gave the job his all.

“I gave it my all but I couldn’t;t have done it without the help of an incredible team. I hope they continue to shine,” he said.

Dennis Okari hinted that he already has a contingency plan in place.

“It’s time to move on to something bigger and greater than myself,” he concluded. 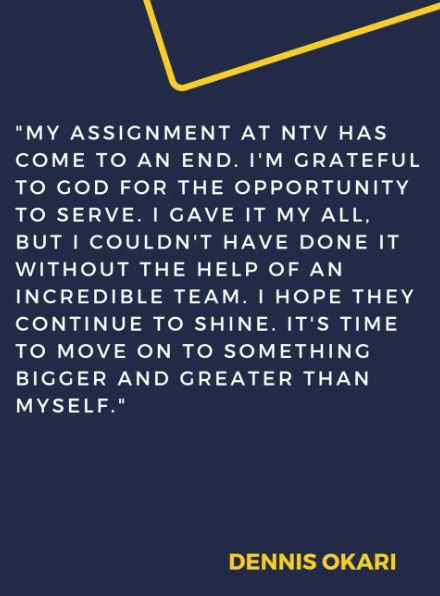 More exits are expected in the coming days as part of NMG’s restructuring in the face of reduced profitability.

NMG CEO Stephen Gitagama says the layoff is necessary for the company to build the NMG of the future which leans more on technology and can survive the changing media consumption and income trends.

Akothee Calls Out Single Mothers For Dumping Their Children On Her < Previous
Nairobi Court Hears How ‘Pishori Babe’ Spiked Man’s Drink, Robbed Him Next >
Recommended stories you may like: