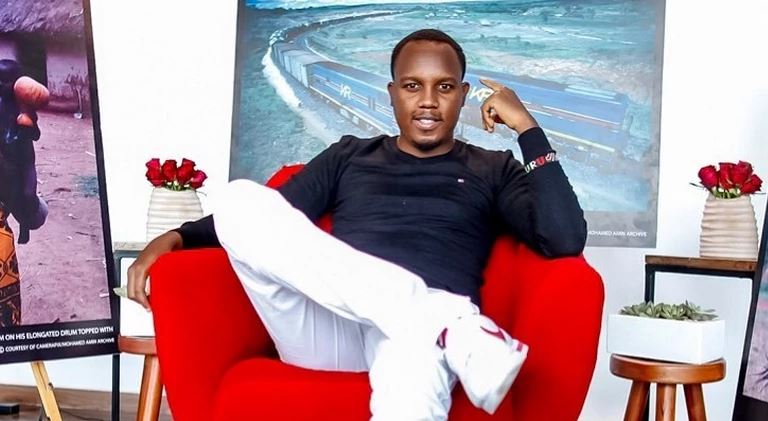 Phil It TV’s new film ‘Click Click Bang’ is a success, says Abel Mutua, the writer and narrator of the true-life crime thriller.

The movie premiered in July of this year, grossing Sh2.5 million in its first weekend of screening.

“From pre-production to marketing, we’ve used seven million. The returns are almost hitting Sh9 million, so it was successful. We really appreciate because most film projects don’t give back the profit. Most people look for funding abroad,” he said.’

The former Tahidi High actor advised filmmakers to make a point of budgeting for marketing, “otherwise there is nothing you’ll be doing. Because Nairobi only is where people go to theatres to watch movies, and that is not right. We need to rectify that”.

Abel called on the government to help develop the local film industry.

“If there is a film centre in all the 47 counties, they will have pushed us a thousand steps ahead. They need to make sure the infrastructure is around the country.

“If the government could just work on that, we’d be set. And now if they ensured every county had its film centre, we’d be revolutionary,” he said.

Mutua said Phil It TV will be releasing one film project every year. The production house bagged five awards at the just-concluded Kalasha international awards, with Mutua picking up one individual award.

“We wanted seven and I was eyeing the best screenwriter award but I didn’t get it. I felt like crying but that’s okay. Next time,”  he said.

Sauti Sol Reveal Who Discovered Them < Previous
Shock as Body of Child is Stolen from Mortuary and Dumped in Septic Hole Next >
Recommended stories you may like: