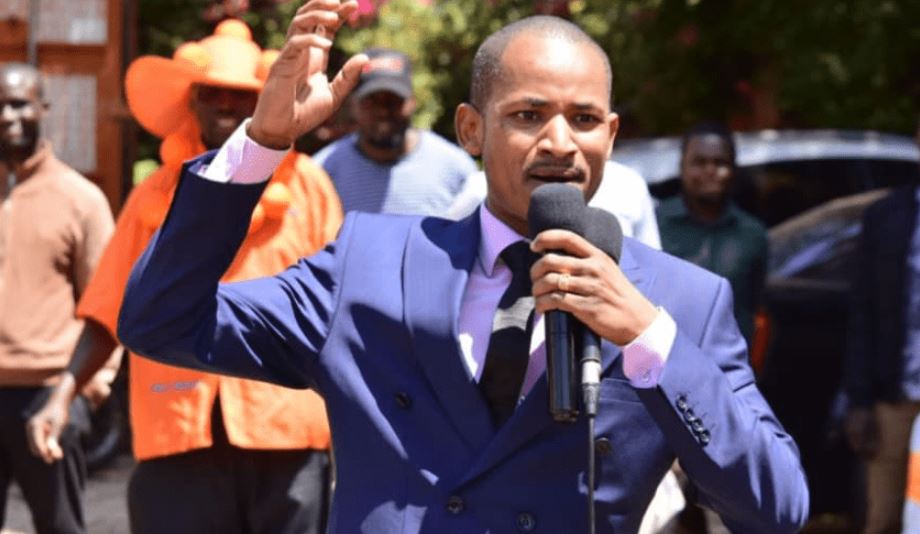 No sooner had President William Ruto launched the highly anticipated Hustler Fund on Wednesday, November 30, than members of the Opposition called a presser to poke holes in it.

Led by Suna East MP Junet Mohamed, the Azimio Coalition MPs claimed the Kenya Kwanza government duped Kenyans during campaigns by promising that the Hustler Fund would be free.

Junet scoffed at the 8% interest rate on the loans saying the government ought to have minimized the interest rate to make the credit fund more affordable to Kenyan borrowers.

“How can you get a loan with interest of 8% and you are a hustler? Will you be paying the interest or the principal? They (Kenyans) were told in campaigns that we will put Ksh. 50 billion in the budget that is going to change their lives for free…it is on record. That is the money the hustlers were waiting for. This is a classical example of how politicians lie to Kenyans,” he said.

According to Junet, Ruto should lower the 8% interest rate to 1%.

“I want to tell Kenyans that Hustler Fund is not going to change their lives. There are cooperatives lending at 8 per cent in this country and even lower than that. Why don’t you make the interest rate one per cent if you want to change the lives of Kenyans?” he posed.

Adding: “The only money that I was sure Kenyans would not be lied to, was the Sh6,000 that Raila Odinga promised to every Kenyan.”

Embakasi East MP Babu Owino on his part proposed that President Ruto should combine the Hustler Fund with Azimio’s pledge of Sh6000 and Kazi Mtaani to boost the youth.

“We advise the President to combine the Hustler Fund together with the Sh6,000 social protection fund and the money meant for Kazi Mtaani money and give every Hustler a minimum of Sh100,000,” Babu Owino said.

“How do we disburse this money …let us use a biometric system to disburse. Then let that hustler move to the bank, identify himself biometrically and be given that money over the counter. You don’t say thank you, you ask for more because it’s your money.”

Nairobi County To Eject Street Families From City Centre < Previous
Matatu Extortionists Arrested During Sting Operation in Nairobi’s Industrial Area Next >
Recommended stories you may like: