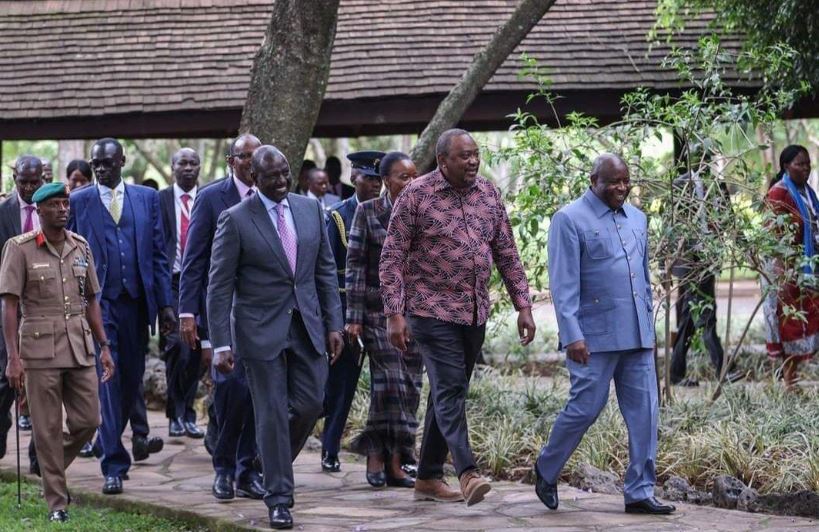 Former President Uhuru Kenyatta is back on social media after Kenyan netizens chased him away about three years ago.

Uhuru, who was Africa’s most-followed leader with over 3.6 million followers, had his Twitter and Facebook accounts deactivated on March 22, 2019.

At the same, State House said the move was aimed at centralizing communication.

But about a year later, Uhuru came clean saying he was a victim of cyberbullying, especially on Twitter where the famous Kenyans on Twitter(KOT) are usually unforgiving in their critique.

Uhuru has now resurfaced with a new handle, ‘@4thPresidentKE’, and user name ‘Office of the 3rd Retired President of Kenya’.

The account made its first post on Monday, November 28 as Uhuru opened the Third Inter-Congolese Consultations of the Nairobi Peace Process at Safari Park Hotel, Nairobi County.

By the time of publishing this story, the comments section was deactivated allowing only those who are tagged.

The firebrand lawyer and revolutionist left a message for Uhuru Kenyatta on Twitter and he did not mince his words.

Just like in the old times before Uhuru quit Twitter, Miguna Miguna was critical of the retired president, describing him as a brutal despot.

“You are back on  Twitter, Mr. Despot, and Freedom Fighters are here with you, bumper to bumper. We will not allow a brutal despot to go unpunished! No matter how long it might take!” Miguna tweeted.

You are back on @Twitter, Mr. Despot, and Freedom Fighters are here with you, bumper to bumper. We will not allow a brutal despot to go unpunished! No matter how long it might take! https://t.co/T676PmzLR3

Some people are now saying, former President Uhuru Kenyatta was somehow right when he said Kenyans are going to miss him when he is gone.

KOT issuing a statement to former President Uhuru Kenyatta as he returns back to Twitter pic.twitter.com/rv2M5HjOol

Govt Challenged To Set Up Roadside Amenities On Major Highways < Previous
President Ruto: We Will Deal Firmly With Bandits Next >
Recommended stories you may like: