We Are Coming For You: CS Kindiki To Nairobi’s Criminal Gangs 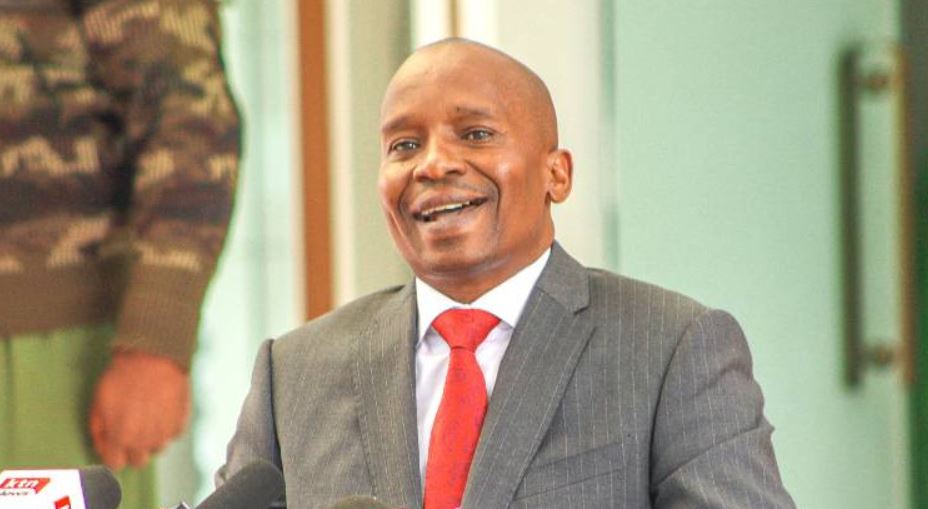 Interior Cabinet Secretary Kithure Kindiki has issued a stern warning to criminal gangs in Nairobi following a spike in cases of violent robberies in the city.

Speaking in a presser at Harambee House on Monday, CS Kindiki said the government had taken note of an emergence of armed youths terrorising Nairobi residents.

The CS also announced a reshuffle of the Nairobi County Police command to combat the rising cases of insecurity in Nairobi.

“Those boys who have dared the government and want to tell us that they can take over the city and make it a city of crime, we have heard you and therefore we are coming effective immediately,” said Kindiki.

Adding: “The team will get our errant sons, maybe daughters out of our streets and put them where criminals belong. We cannot trade our freedom and security for anything.”
Kindiki at the same time said the government would be deploying a multi-agency security team to bandit-prone areas.
“We have information on where they (bandits) have retreated to. We are coming to dismantle them, not only the criminals but to break down the entire chain of the cattle rustling industry, the financiers, criminals, spiritual supporters, benefactors and those who purchase stolen livestock from Kenyans,” he said.
Elsewhere,  Inspector-General of Police Japhet Koome gave holders of illegal firearms a one-month ultimatum to surrender the guns.
This followed a consultative meeting with Nairobi governor Johnson Sakaja on Monday.
IG Koome said there are some youths who had reached out to Sakaja saying they would wish to surrender their firearms.
“I have issued a one-month notice to those in possession of illegal firearms to surrender to respective police stations. Our Governor [Johnson Sakaja] has revealed to us that there are youths who have been reaching out to him expressing their willingness to surrender the illegal weapons. We welcome that,” he said.
Catherine Kasavuli: 6 Lessons I’ve Learned From Cancer Battle < Previous
Director Behind Westlands Demolition Released on Bail Next >
Recommended stories you may like: