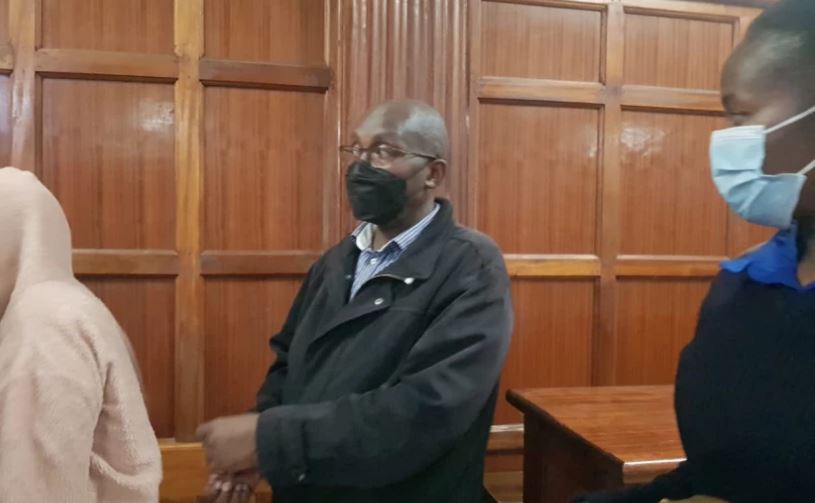 A director of a company claiming ownership of a house that was demolished in Westlands, Nairobi has been released on bail.

Nathaniel Kipkemboi Barmasai, one of four directors of Lariak Properties, was arrested on Sunday in Eldoret and charged in a Nairobi court on Monday.

Kipkemboi was accused of violently robbing Niraj Shah and Avani Shah of goods worth Ksh.18 million.

The accused pleaded not guilty to robbery with violence.

The court released him on a Ksh.2 million cash bail.

Meanwhile, police are looking for three other people listed as Lariak directors. They are Samuel K. Chepkwony, John Kamaiyoa Rotich and Joel Kiplangat.

The trio has been summoned for grilling and possible prosecution by the Land Fraud Unit at DCI headquarters.

We Are Coming For You: CS Kindiki To Nairobi’s Criminal Gangs < Previous
The Trending Memes and Tweets This Tuesday Next >
Recommended stories you may like: