President Ruto To Police: Keep Off Politics and Be Fair To All 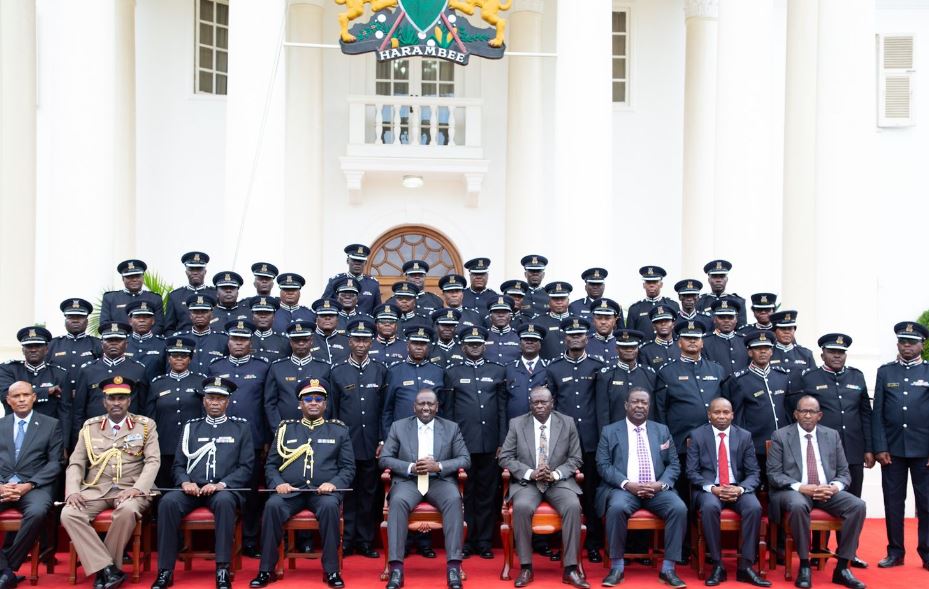 President William Ruto has asked the police to be apolitical while discharging their duties.

He said they must serve all Kenyans fairly, irrespective of their political or ethnic affiliation.

“We want the police to be professional, independent and accountable while protecting Kenyans,” Ruto said.

The President was addressing Regional Police Commanders at State House, Nairobi, on Wednesday.

He said he had decided to make the police financially autonomous so that they can conduct their duties competently.

The president added that the Government will provide the police with modern equipment to help confront insecurity in the country.

Elsewhere, President Ruto asked MPs to prioritise projects that have a direct impact on the lives of Kenyans. He told them to carry out their parliamentary assignments with seriousness.

“You were elected to serve the people; their issues must come first,” he said.

The President was speaking on Wednesday while addressing a Kenya Kwanza Parliamentary Group in State House, Nairobi.

Ruto called upon the MPs to desist from engaging in trivial issues like the review of the Constitution to alter the presidential term limit.

“As President, I won’t participate in efforts aimed at mutilating the Constitution for parochial, selfish and personal interests,” he noted.

He told the MPs to pass regulations that will facilitate the implementation of the hustlers’ fund.

How Much Kate Actress Spent To Glam Up For Wakanda Forever Premiere < Previous
MCSK To Launch App To Help Kenyan Musicians Earn More Royalties Next >
Recommended stories you may like: