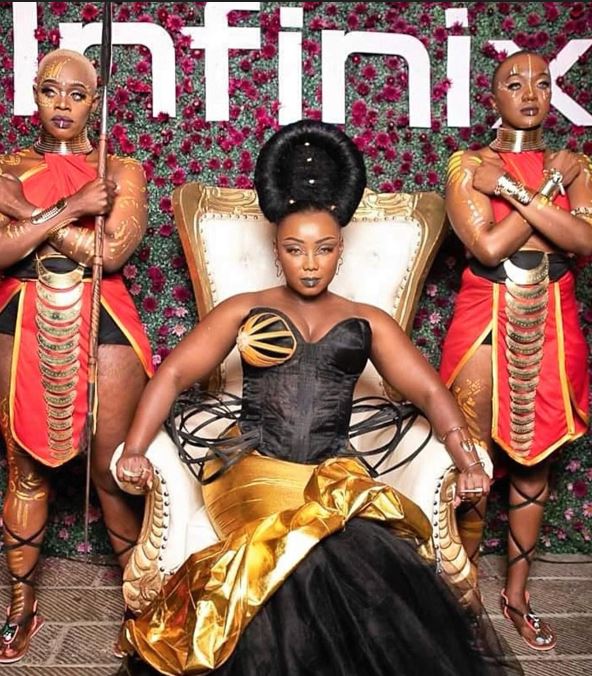 On November 10, 2022, a special red-carpet event for the new Marvel Studios film “Black Panther: Wakanda Forever” was held at the Century Cinemax in Sarit Centre, Nairobi.

The premiere, organised by Mobile phone maker Infinix, was attended by among others, filmmakers and a host of celebrities and influencers.

Following the premiere, there was also a lot of talk on social media about how some of the local attendees dressed for the event.

Veteran musician Nameless was among those who got some negative reviews after his outfit was compared to that of a thug.

But one celebrity who got rave reviews was Award-winning actress Catherine Kamau alias Kate Actress. 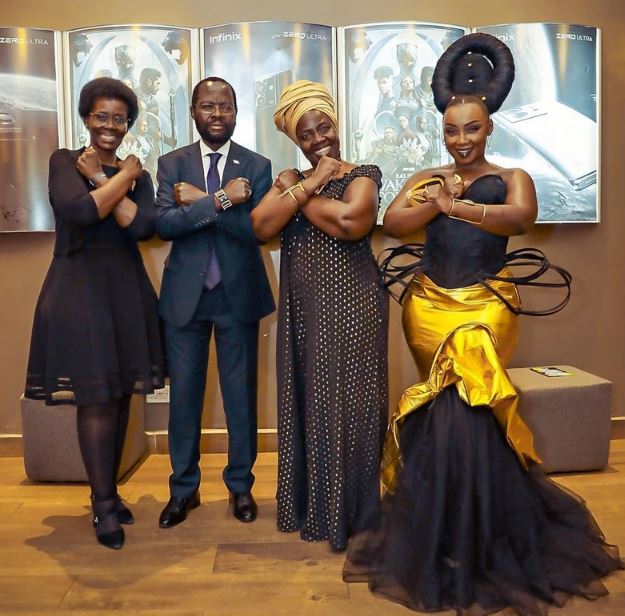 The former ‘Mother in Law’ actress says it took her and her stylist, Neomi Ng’ang’a, three days to come up with her outfit.

“I think we came up with the idea three days before the event because we kept wondering, what can we do and not look like we are overdoing ourselves,” she told YouTuber Mungai Eve.

Kate shared her tips for dressing for a red carpet event. “The first thing is getting the right person, the designer and the person that understands your body, your flaws, and everything like that in regards to fashion and style and your personality as well because every time you have to dress your personality not just your body,” she said.

“For me and Neomi is a collaborative effort, we understand each other, and she knows my personality and what I like. So from the beginning, the first thing is to get the right designer who understands you as a person. Remember I told you it is about personality, the dress is only there to amplify. So If I do not feel right mentally or something is going on, it becomes very hard for me to just show up,” Kate added.

So how much did she spend to glam up for the Wakanda Forever premiere?

“I do not think there is a day Neomi and I spent less than Sh 100,000, I’m speaking for me. When you look at the whole event from transport, outfit, fabrics, and stylist, it is very expensive and you cannot keep doing it, that is why I do not attend all events,” she explained.

“For example, when I was in South Africa for a premier, hiring that dress was Sh50k, just hiring it reason is because it is from a renowned designer,” Kate added.

Nameless Responds After Being Told He Dressed Like a Thug For Wakanda Premiere < Previous
President Ruto To Police: Keep Off Politics and Be Fair To All Next >
Recommended stories you may like: