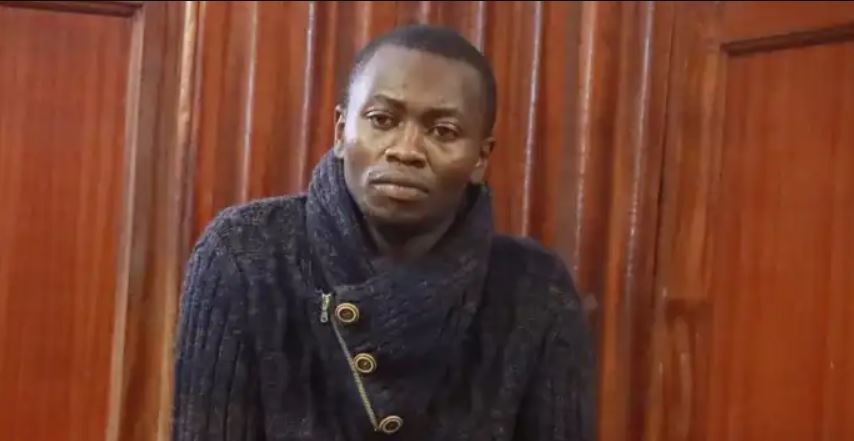 A matatu tout based in Nairobi is awaiting sentencing after he was on Thursday, November 3 arraigned in court and charged with insulting a female matatu driver.

The charge sheet read that the accused person on October 22, 2022, being a merchant with Tripple S SACCO, while along Tom Mboya Street, used abusive words to Kabura namely “malaya, mea ndevu“(prostitute, grow a beard).

The prosecution through James Gachako told the court that the tout approached the complainant asking her to drive away as she had parked at a space belonging to another Sacco.

The lady driver complied and parked her matatu at a different spot.

However, the tout followed her, opened the driver’s door, pulled her out, and started insulting her.

Two traffic police officers responded to the commotion and approached the scene, prompting the tout to flee.

The officers advised the lady driver to report the matter at Central Police Station. The tout was later arrested after Kabura identified him.

Appearing before Magistrate Bernard Ochoi, the accused pleaded guilty to using abusive words to Kabura in a public place with intent to provoke a breach of peace.

In mitigation, Karanja said the economy is tough, and he was afraid the complainant might affect the movement of his matatu.

He asked the court to forgive him saying that he insulted Kabura out of anger and will not repeat the same in the future.

The tout also mentioned that he had apologized to the complainant, but her boss declined to have the matter settled out of court.

The magistrate detained Karanja until November 7 and directed the probation department to file a pre-sentencing report when the court will issue the sentence.

Businessman Demands Millions in Compensation After Bank Leaked Account Information < Previous
Waluke’s Nomination to The Public Service Commission by The Jubilee Party a Slap in the Face of Kenyans Next >
Recommended stories you may like: