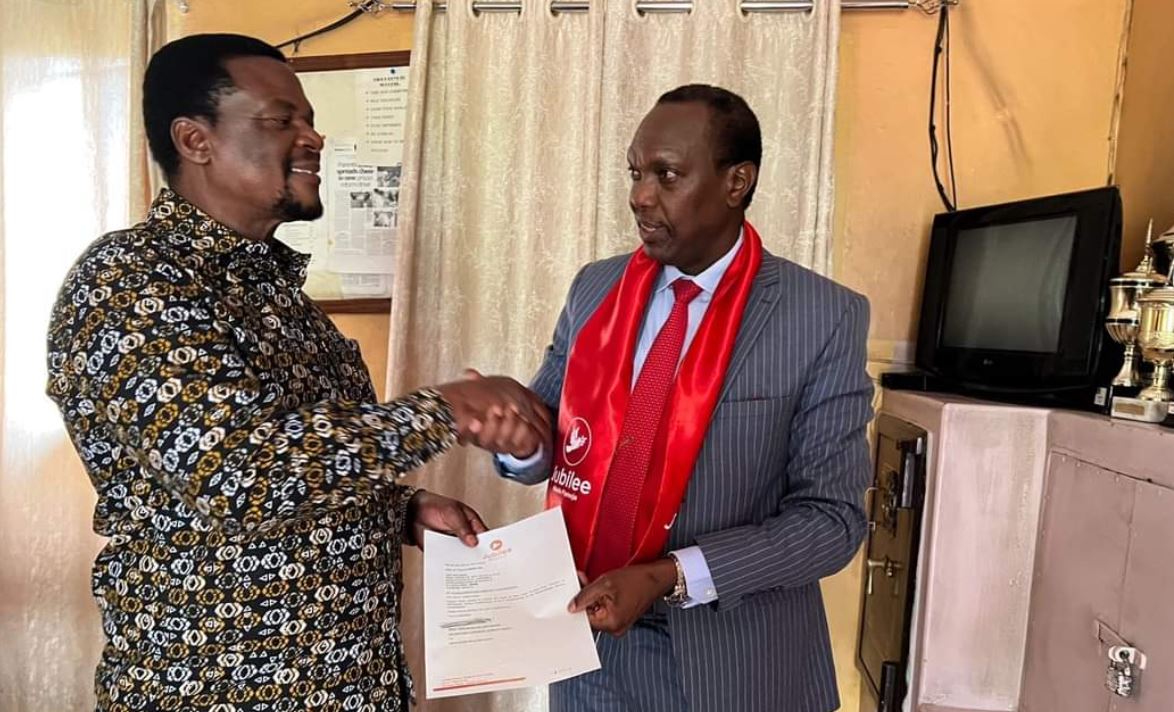 Mr. Waluke and his wife were sentenced to over sixty years in jail for defrauding the National Cereals and Produce Board about KSH 300 million.

Currently, the MP is serving time in the Industrial Area Remand Prison awaiting the hearing of his appeal. Nevertheless, the nomination was nothing less of a mockery of our judicial system, our constitution, and Kenyans’ intelligence.

In the sentencing originally done by the high court, the Member of Parliament was found guilty of corruption, a crime that barred many governors from accessing their offices in the previous administration and led to their impeachments.

At the time, most of them had not been convicted, but the courts held that being suspected of corruption was serious enough to warrant such directions.

By nominating the MP, the Jubilee Party downplayed the seriousness of the fight against corruption and mocked our judicial processes.

It also entrenched the fact that the political class always finds a way of protecting their on at the expense of the very people they represent.

Moreover, there were many aspiring members of parliament who lost in the Jubilee nomination process or in the election, who the party could have nominated to fill those positions.

Therefore, it is baffling that the party’s Jeremiah Kioni decided to make such a grave mistake.

The nomination was also a mockery of our constitution. Chapter six of the constitution talks about integrity and demands that those with integrity-related issues should not hold public office.

Mr. Kioni seems not to have read that part of the constitution or decided to disregard it.

Nominating a person convicted of corruption to serve in the public service is mocking chapter six of our constitution and should not be allowed. Political parties should not lead the way in regard to disregarding the law.

Moreover, the nomination was also an insult on Kenyan’s intelligence. Mr. Kioni made sure to take pictures of Waluke in prison while presenting the nomination to him, and the MP did not look like someone serving time.

Regardless, the secretary general failed to consider how this decision would sit with Kenyans.

What was the party communicating to all those young Kenyans of good conduct struggling to find work watching Mr. Kioni present the papers to someone in prison?

Had the party exhausted all its options such that the only jobless person left was Waluke?

In this regard, the party’s secretary general erred in judgment and insulted people’s intelligence.
There is no doubt that the Jubilee Party erred in nominating convicted Sirisia MP to the Public Service Commission. The Party’s Secretary General mocked our judicial system, our constitution, and intelligence.

Consequently, the party should rethink the decision and offer it to the many upcoming or established politicians, who participated in the party’s nomination process and lost, or those who fell during the August 2022 election.

Nairobi Tout in Court For Insulting Lady Driver, ‘Malaya, Mea Ndevu’ < Previous
President Ruto – How We Will Roll Out Universal Health Care (UHC) Next >
Recommended stories you may like: