Degree Just a Commencement: Nyambane Taking No Chances After Graduating 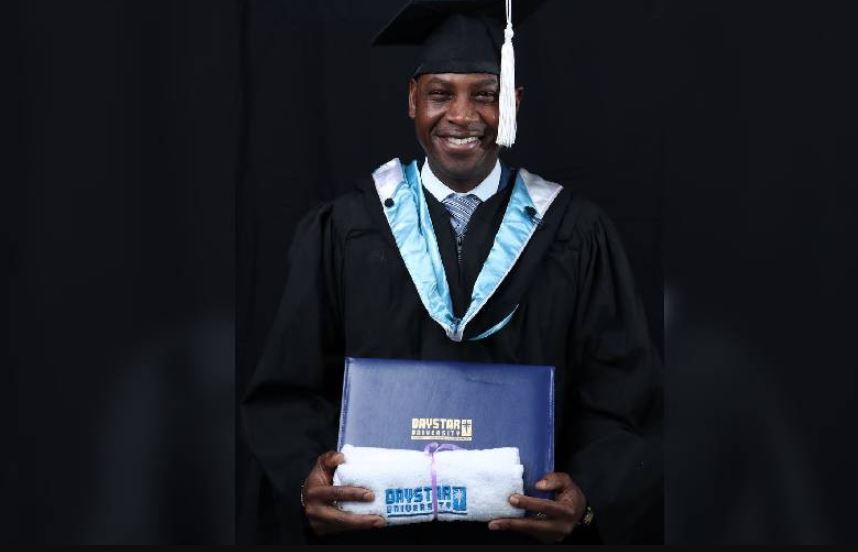 Presidential hopeful Walter Mong’are alias Nyambane is taking no chances after he was locked out of this year’s presidential elections over a lack of a college degree.

The Umoja Summit Party leader has since attained his Bachelor of Education degree from Daystar University after 26 years of deferred studies.

The comedian-turned-politician graduated last week Thursday and said the degree was just the beginning of his plan to ensure he is not locked out of the next presidential race. Nyamabane says he will be enrolling for a Master’s.

“I will not stop at this Degree. It is just a commencement. I have made that decision to go further to ensure I don’t get kicked out of the presidency race ever again, just in case regulations for this office are adjusted,” he said.

Nyambane admitted that after being out of class for two decades, writing examinations was an extreme sport.

“Here I was, struggling to communicate through a pen and also make sure the spelling is correct. If you make a mistake you have to cancel and write afresh as opposed to deleting, on your phone or computer keyboard which we are used to. Turns out it’s the best way to ensure the authenticity of any examination,” Nyambane said. 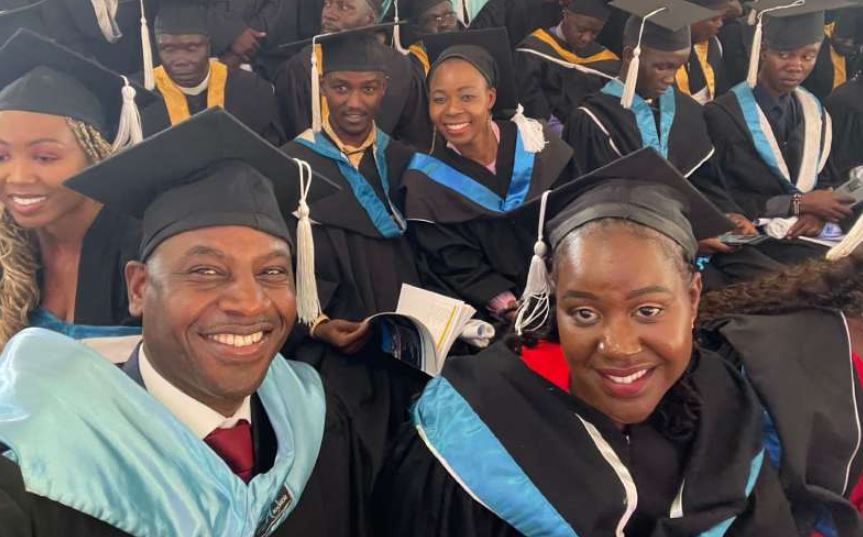 The presidential hopeful said he got the inspiration to further his education from Daystar University’s Vice-chancellor Prof. Laban Ayiro.

“Nyambane this is a commencement, not a graduation because I want you to enroll for masters sooner than later,” Ayiro said.

In his speech on graduation day, the Vice Chancellor said Mong’are was and is an exemplary student who earned his degree with honors.

Prof. Ayiro said Nyambane attended classes, sat for assessments and examinations, and even went for a supervised teaching practice as required.

Nyambane says his plan now is to further his education as he strengthens his Umoja Summit Party with a view to running for president in 2027.

Kelvin Kinuthia Loses 9 Kgs After Spending Ksh450,000 on Weight Loss Procedure < Previous
Owner of Collapsed Building Caught Trying to Flee to Texas Next >
Recommended stories you may like: