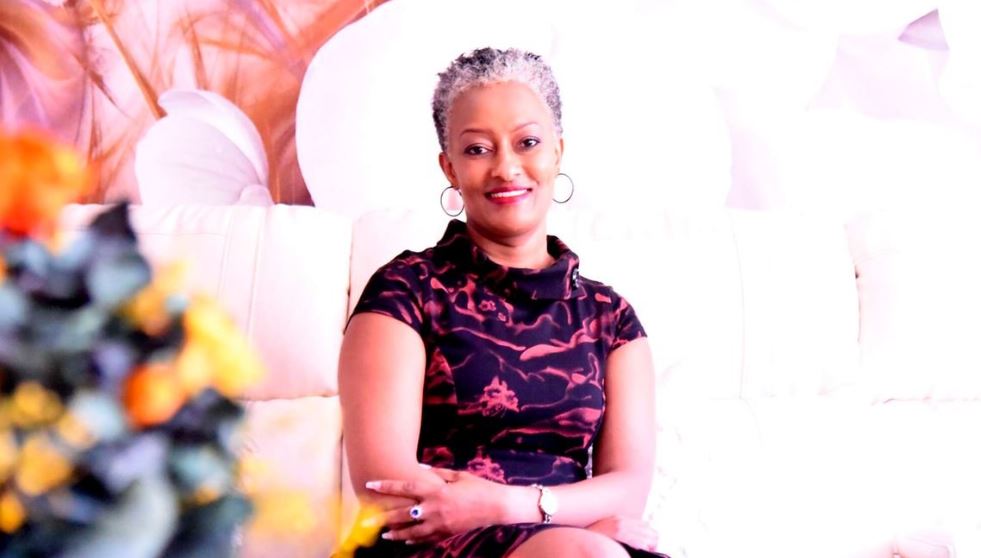 Until four years ago, when she discovered her condition, Oketch thought she was dumb and carried insecurities all her life.

Despite being dyslexic, Oketch graduated from the University of Nairobi with a Bachelor’s degree in Finance. She joined CBA bank as a teller but left 10 years later upon failing the oral interview for a managerial position.

After she discovered she had dyslexia, Oketch started Talk Dyslexia, an organisation that helps people living with dyslexia.

The entrepreneur spoke to Jackson Biko for the Business Daily and below are some interview excerpts.

How bad was learning in school?

It was a struggle. I always had questions in my head because some things were just not adding up. Because I was very good in sciences and math, I could understand complex concepts. I was, however, very bad with every other subject.

I remember one time I did this sum in physics that nobody else in my class could do. The teacher invited me to the front of the classroom to demonstrate how to do it. I still remember the comment she made, ‘not unless you’re very good in math don’t go about it like that,’ because I did it in a way that the rest of the class would not understand.

I struggled to show how I arrived at that answer. The words were in my head but I couldn’t speak them. I was nervous and anxious. It just didn’t make sense.

Do you still get frustrated with reading even now?

Yes, like I’ll read a sentence, and then the next but I will not tell you the difference between them because they sound so similar. I have to read and read over and over again. When I was in school, literature was the worst subject for me. [laughs] What others found simple felt so complex for me.

We are nine in our family, three became engineers, and one is a pilot. These four siblings used to top in their class. I used to wonder how they topped their classes, and yet I couldn’t even though I was doing the same things they were doing. I struggled so much but no one took notice.

They thought I was being lazy, that I wasn’t applying myself, you know those comments? It eats you up from the inside because you’re trying so hard but the output doesn’t show.

Do you still struggle?

I do. Take for instance listening; sometimes if there is even the slightest distraction, like say, I’m watching something on TV, and my daughter or my son is talking to me, I have to switch off the TV. I can’t do both. If we go to a club and there is music playing and you are talking to me, I will not hear a word you are saying.

I used to wonder if I have a hearing problem because I hear properly but I can’t just do two things at the same time. You mentioned earlier that I have ignored my tea, that’s because I find it hard to converse with you and have tea. I grew up thinking I was dumb, stupid.

My first job was as a teller at CBA. I worked my way up to an acting branch manager within 10 years but couldn’t make it past the confirmation interview. I failed the oral interview.

That broke me completely. Around that same time, I had gone for an interview at the World Bank and failed because I just couldn’t express myself. I knew the answers but couldn’t summon the words. Usually, words are scanty, floating in my head but I can’t catch them and express them.

When I quit employment my husband wasn’t happy because we had a mortgage that was quickly moved from the lower staff rate to a 17 percent market charge.

But luckily he changed jobs, from one of the Big Four audit and accounting firms to a bank which stabilised our mortgage. Soon after, I started an interior decor business that did very well then later a flower business called Kendily Petals.

What was the feeling when you discovered you had dyslexia?

I was relieved that I wasn’t dumb. I was overjoyed. The first person I called was my husband because he’s the one person from whom I seek validation. I have carried great insecurities my whole life because of this. I’m afraid to say anything before people because they will consider me stupid.

So I’m the quiet person at gatherings, at tables, the one who is always being told, ‘Kendi, say something’. Of course, I was relieved when I discovered my problem in 2018. I think I was reborn then. I feel like a new person. I started living again.

So you are four years old now.

[Laughs] It’s empowering. It’s sad to imagine that there are children like me out there being given the wrong tools for the right job. That’s what made me start my business, to help people like me navigate life. The support that people with dyslexia need is important for them to integrate into society.

Are there things you are doing now that you were not able to do before you discovered that you had a problem?

(Sighs) Oh well, not really. You know I thought after that I would be able to socialise more but I haven’t been able to. I conditioned myself this way, to keep to myself. It’s hard to move from what you have known your whole life and I’m comfortable with it.

How is it raising children when you have dyslexia?

I’m grateful none of my children have it. Can you imagine how complicated it would be if I can’t solve my problems, but I also have to deal with my child’s problems? My daughter is 10. She came top in her class. They opened school the other day and she was so excited that she woke up so early.

This is a great contrast to my time in school. I dreaded school. I think my parents knew something was off because my dad used to tell me, “before your mom died, she used to say the only person she’s really worried about is you.”

Do you think your life would have turned out differently had you known you had dyslexia as a child?

I don’t know. Maybe my self-esteem and confidence would have been better. [Pause] But I don’t know. It’s a catch-22 situation because again, would I have said, ‘Argh! since I already know I have a problem, why am I reading?’ Probably I wouldn’t have applied myself so much.

What are you very good at?

Creativity. I’m good with interior decor and beautification of things. I see colour in a way other people don’t and I know what to do with it. I see patterns and harmony. I started my flower business during the Covid-19 pandemic. I deal in preserved and stabilised natural flowers and foliage that lasts for two years.

I’ve always loved flowers. I got it from my dad. There were flowers everywhere in our home in Meru when I was growing up. I remember breaking and planting shoots of flowers. I remember the smells and beauty they brought.

Do you think everything you have gone through – no matter how difficult – has prepared you for this moment?

Absolutely. I was working towards this. I’m very happy. I go to work every day. I work with flowers and sometimes I will give a talk about dyslexia. It’s fulfilling. The beauty of what I do now is that I don’t have to go for interviews or do presentations before a board.

I don’t have to knock on doors and sell my business. I make bouquets at our plant in Kikuyu. I spend my whole day there, talking to my flowers and then I post them on my social media pages.

If people like them they contact me and tell me ‘Kendi can I have three or four of those?’ I don’t need to talk to people to be in business. My flowers finally do the talking for me.

What’s the lesson here in everything according to you?

(Sighs) Usually, I think everything happens for a reason and everything eventually comes together. Even when our interview didn’t happen that Friday, I was like maybe I wasn’t ready for you. Maybe you were not ready for me. I don’t know. It wasn’t the time.