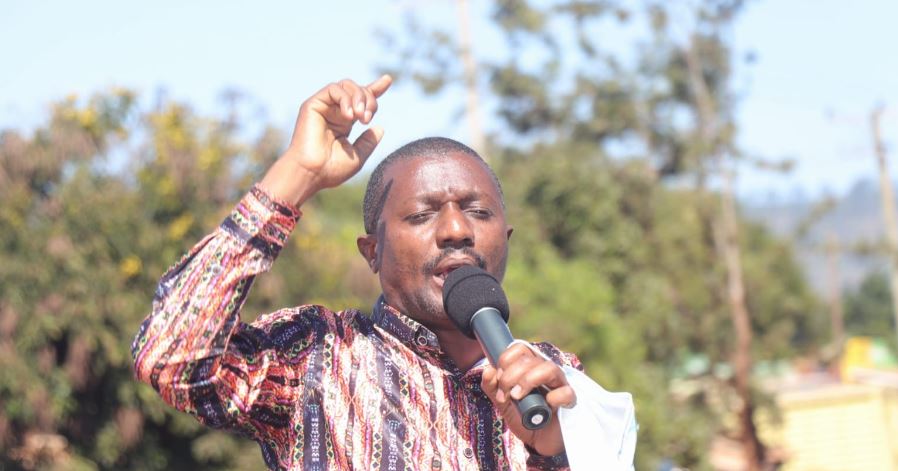 Makueni Senator Daniel Maanzo has faulted the government for lifting the ban on the open cultivation and importation of genetically modified crops(GMOs).

In a statement on Monday, President William Ruto noted that GMOs would help tackle the ravaging drought that has affected at least 23 counties.

Senator Maanzo however claims the lifting of the ban on GMOs in Kenya is unconstitutional.

According to Maanzo, the general Kenyan public ought to have been involved in the decision-making process.

“Kenyans have to be given this choice, I think this decision has been rushed, it has not followed public participation therefore it is unconstitutional and Kenyans should be up in arms against this especially the ones who do not support GMOs,” he said on KTN TV Tuesday.

“There must be a process on the approval of GMOs. If you want to bring them here it should be announced so that Kenyans can make a choice on whether we want to consume GMOs or not. So it should not be forced into the throats of Kenyans.”

The Senator at the same time claimed the move is aimed at enriching certain individuals than improving the welfare of Kenyans.

He also raised concerns about the safety of genetically modified crops.

“GMOs need more herbicides than the normal products, they are even more expensive to grow and that is why proper information must be given. This is a serious commercial venture about people making money and not about the safety and welfare of Kenyans,” he said.

“One of the side effects of GMOs, and scientific research have been conducted in the US and other places, is that some people are affected by cancer and some die from consuming this food. And it’s not a Kenyan problem but a worldwide problem.”

Sifuna: Aisha Jumwa is a Joke But Kindiki is Competent < Previous
Muhoozi is a Monster Who Tortures Ugandans for Fun: Bobi Wine Slams Museveni’s Son Next >
Recommended stories you may like: