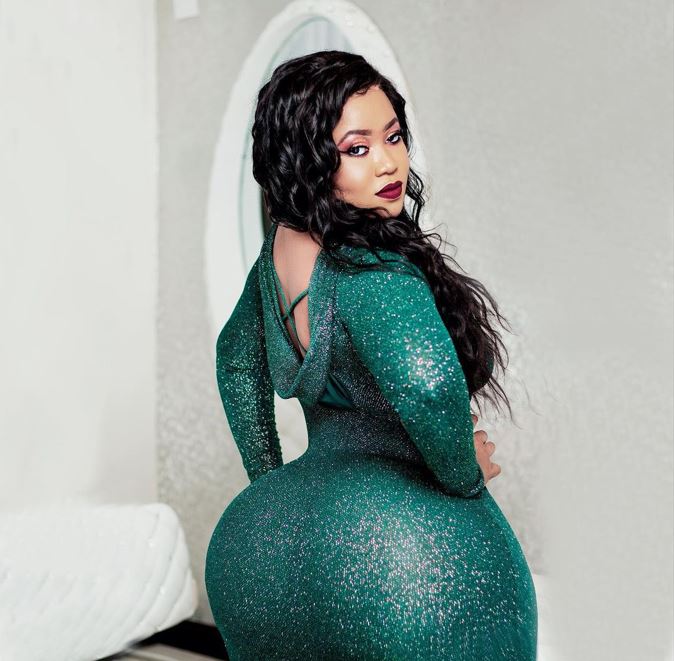 Vera Sidika is still the talk of the town after she dropped a bombshell on Wednesday, announcing to her over 2 million fans that she had parted ways with her famous derriere.

Terming it ‘The Rebirth’, the popular Instagram personality said she had to undergo surgery to remove her butt implants as a result of health complications.

“This has been the hardest phase in my life. Due to health risks & complications, I had to undergo surgery. It’s Still very unbelievable but I’ve come to terms with it & learnt to love myself regardless. Ladies; pls learn to love yourself & don’t ever let peer pressure rush u into things that will ruin you in the future. I’m lucky to be alive, God loves me so much.🥺🙏 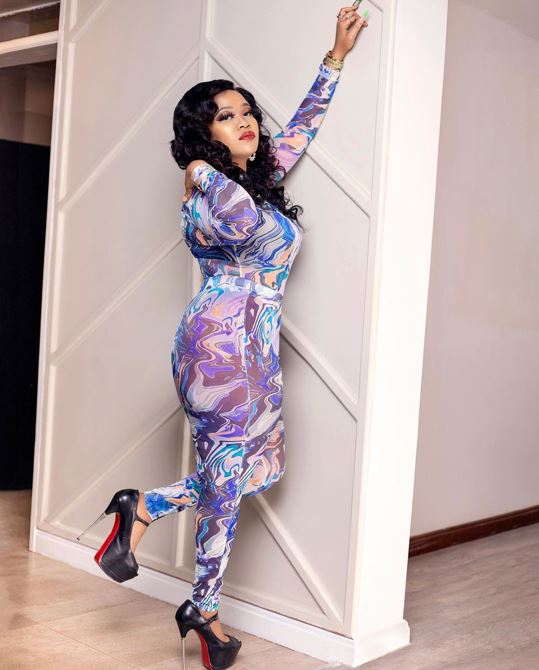 She went on: “Honestly It’s been pretty hard, I didn’t even celebrate my bday this year, but here we are. Happy birthday to me. New me. I’ve come to appreciate life & never take things for granted. Thanks to my family, especially my husband for being there for me 🙏 To my fans: I am still the same sweetest Vera Sidika and that hasn’t changed. I appreciate y’all love & support & pray you will walk through this journey with me. I will be posting my surgery journey videos here, for those who have been thinking of getting booty surgery or changing anything on their bodies this might change your mind.”

Vera’s announcement comes nearly a decade after her booty made her famous when she appeared in the ‘You Guy’ music video by rappers P-Unit and Collo.

While there are some who believe that Vera photoshopped out her badonkadonk for some clout, the majority are convinced that the larger-than-life buttocks are no more. 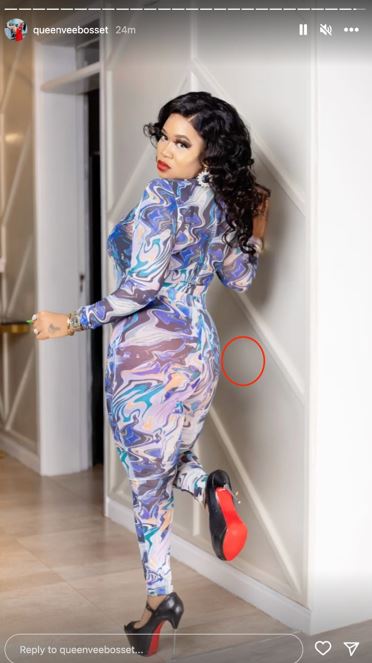 On Twitter, Vera Sidika was a top trending topic, overtaking Eve Mungai and her early morning drama with a clout-chasing officer who alleged she used and dumped him.

By Wednesday evening, more than 27,000 tweets had been sent out about Vera Sidika and we have compiled some reactions below, starting with our favorite from comedian Mammito Eunice.

I’m sorry to announce that Vera Sidika has been eliminated from the challenge 😂😂💀 pic.twitter.com/iBW4nZiEOs

Vera Sidika went from this to this? 😥 i feel conned. pic.twitter.com/rRbLMOzhQc

Being a socialite is not a joke… You can go naked as long you make a headline. Now look at Vera Sidika she is going back to default settings to be Veronica Shikwekwe!

Our sister Vera Sidika has returned that thing back to the kiosk. Says she almost went to Sayun and has now embraced self love and the rituu she had from Jehovah.

What Vera Sidika she’s going through it’s what most women go through at the ages of 27 -33 after realization sinks in, now she is trading her ‘party years’ short-term protocols for a long-term provisioning strategy,give her 2yrs tops before she surrenders her life to Christ.

Veronica Shikuku Mung’asia Shikwekwe (Vera Sidika), daughter of Wilbeforce Matendechere Shikwekwe from Bukhembe village, will soon be a common user of Patanisho. On a bad day, the wind will blow and the anus of the chicken will be seen.

Yes we did it guys

Very brave of Vera Sidika to share her transformation.
Insecurities lead to very damaging cosmetic surgeries.
We all know someone who can’t post a selfie without 16,000 filters.
She’s a huge personality and considered a role model by many young women
May her story help someone.

Andrew Kibe will have a busy day today.
From Eve Mungai to Vera Sidika. pic.twitter.com/Py6ajviVJ4

The God of Otile Brown should be praised, Vera Sidika is another proof of what my English Teacher used to say,
“A Painted Toilet is still a Toilet” pic.twitter.com/pP0QrFnF1x

KOTs trying to figure out what happened to Vera Sidika’s butt😂😂 pic.twitter.com/79UZUrGdK9

Brown Mauzo when she notices Vera Sidika has no Ass but remembers she has Money.🥹😂 pic.twitter.com/Bb8C0QkeCb

I’m not a marriage expert but it seems to me that Vera Sidika got one helluva husband in Brown Mauzo. The way he’s helped her overcome her fears, gave her a kid and transformed her to love herself is just unbelievable. Sometimes you just need a strong person in your life. pic.twitter.com/ktpGDKD2YE

Other stations: Vera Sidika gets her bum implants removed.

The new Vera Sidika looks like those Kiambu babes who spike drinks in the club.

Vera Sidika changed from being an international socialite to prime Njeri. What a transformation

I hate Twitter people. You have made Vera Sidika the butt of all jokes.

But you guys,I really doubt that Vera Sidika’s new look

Brown Mauzo to Vera sidika when she returns homepic.twitter.com/S3BqlIqOCp

Which hot topic should we start with in the show tonight?

Watch: Babu Owino Likens Muhoozi to an Ant Trying to Rape an Elephant < Previous
Akothee Warns, “Get Ready to Die Poor If You Use Social Media as a Weapon” Next >
Recommended stories you may like: