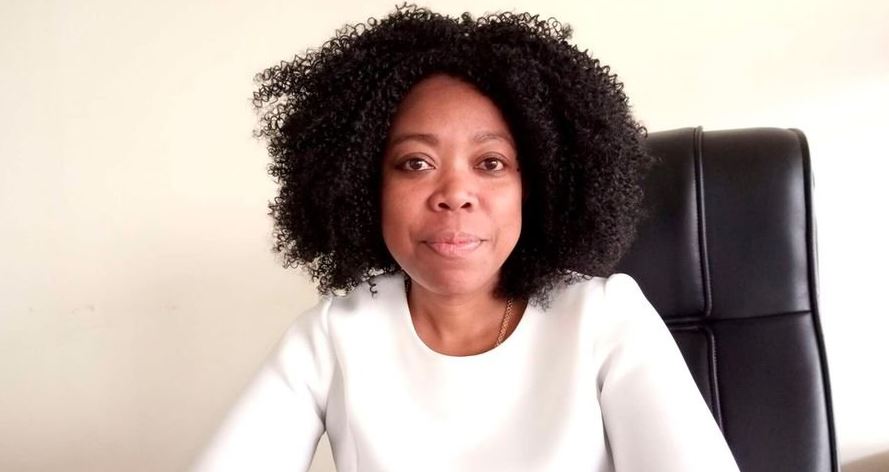 Yvonne Khamati is the CEO of the Kenya National Heroes Council, a parastatal under the Ministry of Sports, Culture and Heritage.

She previosuly chaired the Committee of Permanent Representatives and Rapporteur of the African Diplomatic Corp in the Ministry of Foreign Affairs.

Khamati also served as deputy ambassador at the Kenyan Embassy in Mogadishu in 2018. The 40-year-old shared her Career Path with Sunday Nation:

“I am from Ikolomani, Kakamega County. A girl who grew up with loving grandparents and a big extended family and a super-intelligent mother who headed education at the African Union (AU) and is currently a deputy vice-chancellor at the International Leadership University. I grew up in several places—Eregi, Buruburu, Westlands and Manchester.

“We moved around quite a bit and travelled a lot. As a result, I attended many schools, but towards the end, I attended Buile Hill High School in Salford, Stretford Grammar School and Peponi School for my A Levels. Between 2001 and 2009, I studied at various institutions of higher learning, including the University of Nairobi, the United States International University Africa and the online American World University.

I earned a Diploma in Sociology and Criminology, a Diploma in Political Science and International Relations, a Bachelor of Business Administration from Universidad San Juan de la Cruz and a Master of Arts in Counselling Psychology.

In 2012, I earned a Professional Graduate Diploma in Management from the Cambridge Association of Managers.

“At 19, I was elected to serve as deputy organising secretary of the Forum for the Restoration of Democracy – Kenya (Ford Kenya) political party, a position I kept until 2006.

My fondest moments were during my tenure as Ambassador and DPR at UNON. Being the youngest ever, I was the most active and all the African Ambassadors and High Commissioners decided to have me chair the technical committee of the African Diplomatic Corp and be the lead negotiator of the African team of UNEA.

In January 2008, my diplomatic career began when I was appointed by President Mwai Kibaki as Ambassador and DPR to Ethiopia and the AU.

“On what keeps me going, I’d say I have lived in the village, I have lived abroad. I have travelled across the continent. I know poverty and wealth. I want to be part of the change to help my people. I know politics and governance. I also know God and the Church.

I wouldn’t have survived without the church. I have had strong mentors through and through—the late Kijana Wamalwa, Gitobu Imanyara, Musikari Kombo, Jan Pronk, Elizabeth Rehn and CS Amina Mohamed, to name just but a few. I have quite a number of accomplishments that I am proud of such as breaking the glass ceiling for young people.

“My nomination to EALA and appointment as ambassador at 24, young, single and female, was huge for me. A move by the secretary general of Ford-K (2001) to head-hunt me and have me elected in absentia as the party’s secretary of Environment at 19 is also something I’m always super-proud of.

I was also listed by Forbes as a top under 30 and as 100 Most Influential Persons in Africa. One of the boldest moves I ever made was to leave the Foreign Affairs ministry to join the Ministry of Sports, Culture and Heritage as CEO of a parastatal. That was bold. But even bolder was to run for Parliament in Ikolomani.

“In my honest opinion, young people don’t need advice, just opportunities. They need space, access to funding and freedom to choose their own paths and journeys. Looking back, there’s nothing at all that I would change about my life.

“You live, learn and grow. I have loved and lost. I have hurt and healed. I have struggled and known betrayal and still standing. I have been to the capitals of the richest and poorest nations. Eaten and dined with kings, presidents and those who don’t have. What I hold on to are my faith and family. All else is sinking sand.”

Meet Statistician and Founder of Edenbridge Capital, Reuben Kimani < Previous
CRAZY – The Funny Memes Going Viral on Social Media Next >
Recommended stories you may like: