PHOTOS: Why Ruto Changed Presidential Flag From Green To Yellow 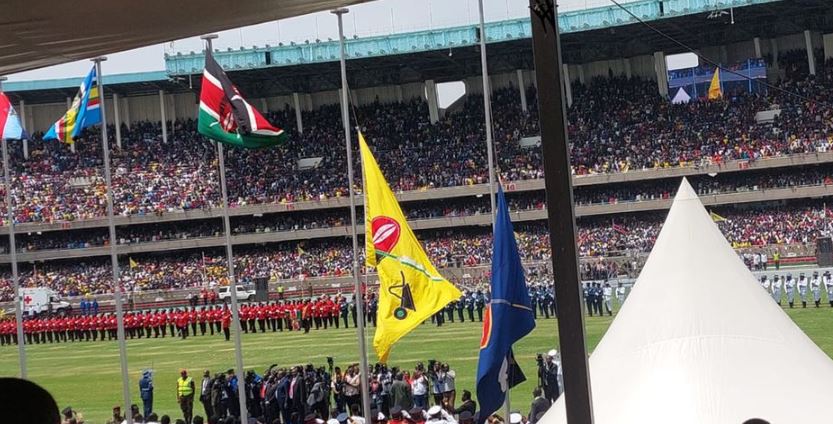 As President Ruto assumed Office on Tuesday, his presidential flag was also unveiled for use during his tenure.

In Kenya, the presidential standard is designed and made to the President-elect’s liking by the Kenya Defence Forces.

President Ruto’s flag predominantly bears the colour yellow, two crossed spears in colours green, white and black, a wheelbarrow and a shield bearing the colours of the national flag. 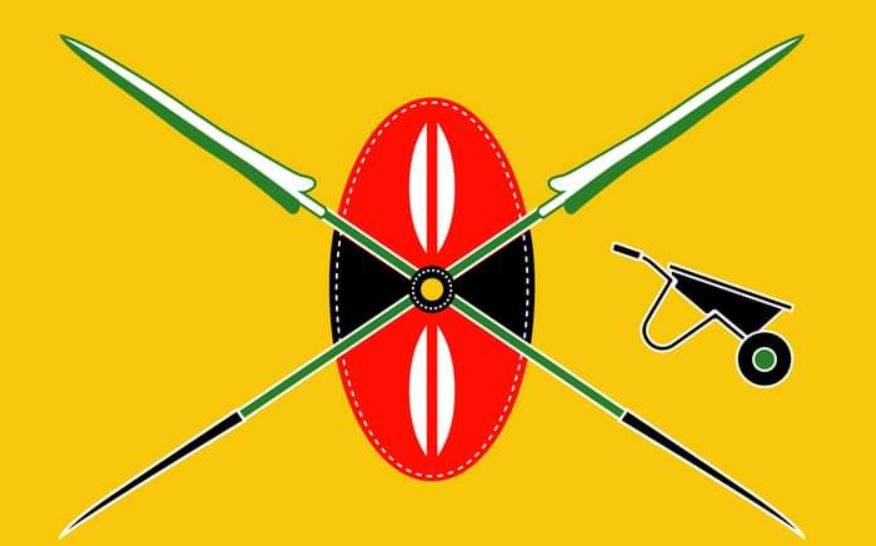 Nairobi Wire understands the colour of the flag was initially set to be green before the last-minute change to the dominant colour of the UDA party.

We’re also informed that Ruto decided to change it to avoid creating the impression that his leadership style would be similar to that of the late President Daniel Moi; whose colour was green.

The crossed spears and a shield in Ruto’s flag symbolize unity and readiness to defend the country’s freedom.

The wheelbarrow, which was a symbol of Ruto’s Hustler movement during his campaigns, symbolizes “Value, dignity and respect of work in pursuit of an equitable society”, the UDA Party says.

Outgoing President Kenyatta went for blue, similar to that of his father the late Mzee Jomo Kenyatta.

Moi on his part had a red cockerel whereas the late President Mwai Kibaki went for white adorned with a shield in the centre bearing the Kenya national colours between two olive branches signifying peace.

Below are photos of the various presidential flags through the years. These poor and unimaginative designs prove why Mwai Kibaki remains the best president Kenya has ever had. 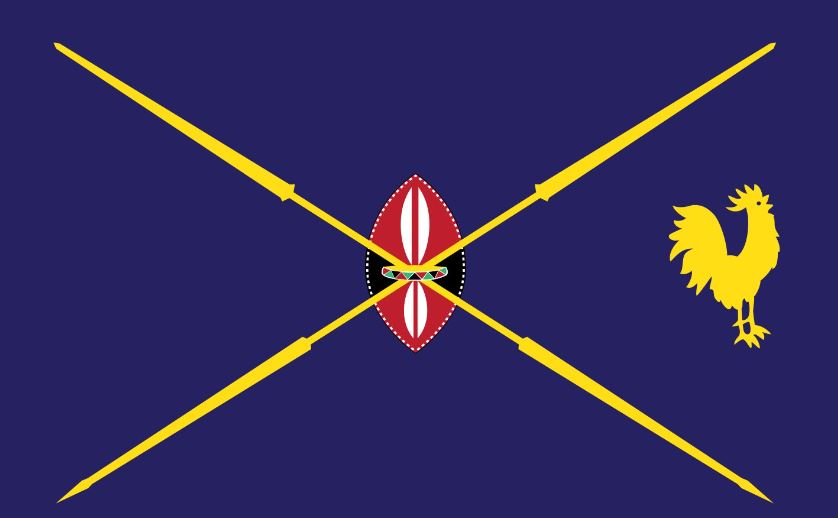 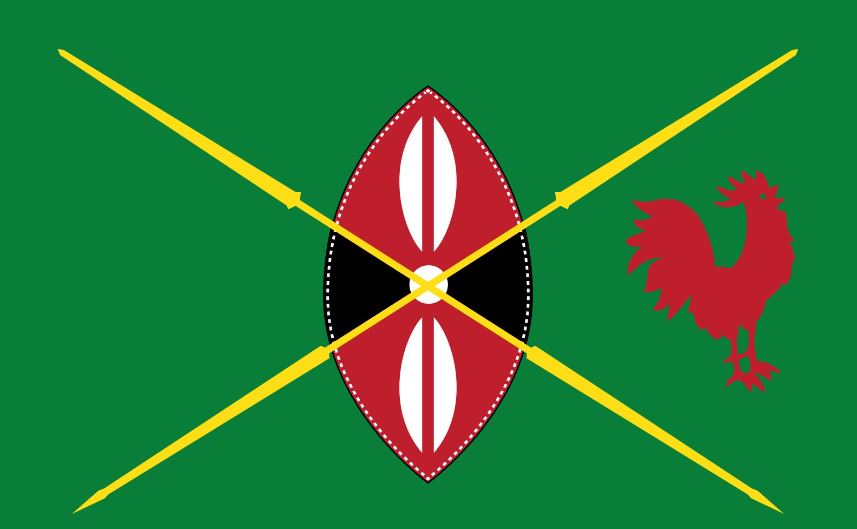 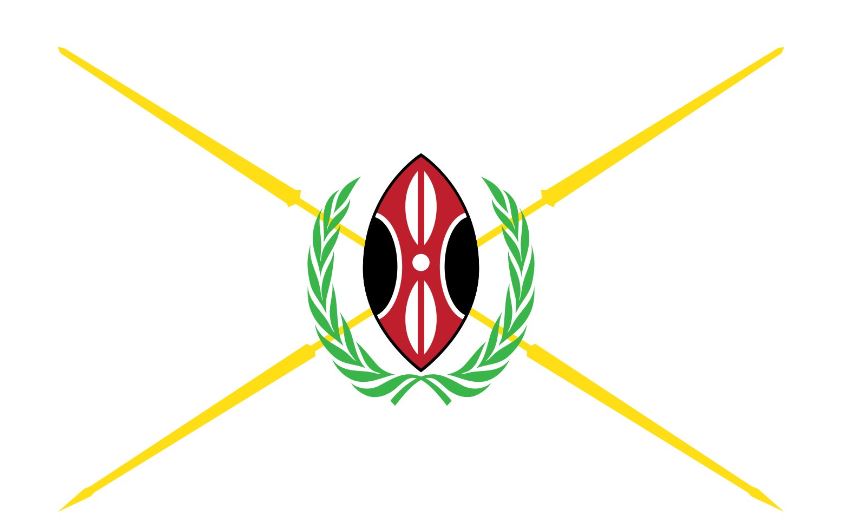 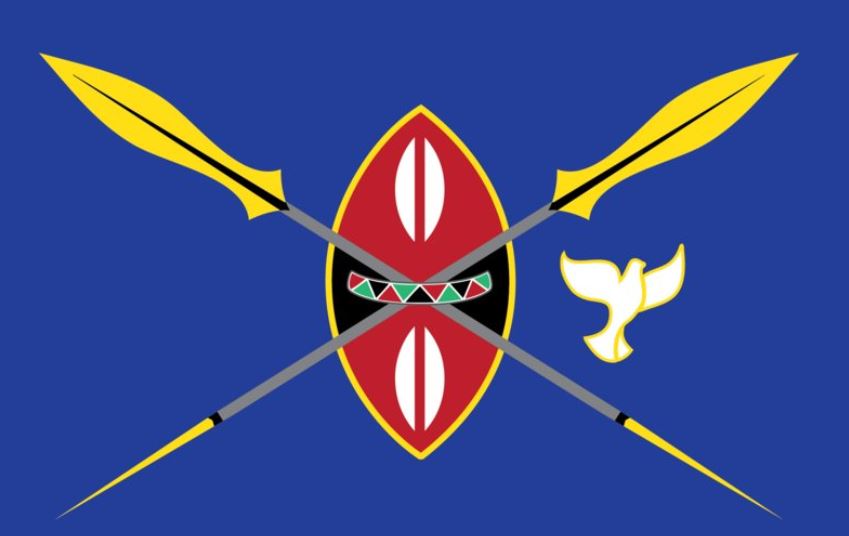 Everything Trending in Nairobi This Thursday < Previous
Revealed: Number of Dollar Millionaires in Nairobi Next >
Recommended stories you may like: