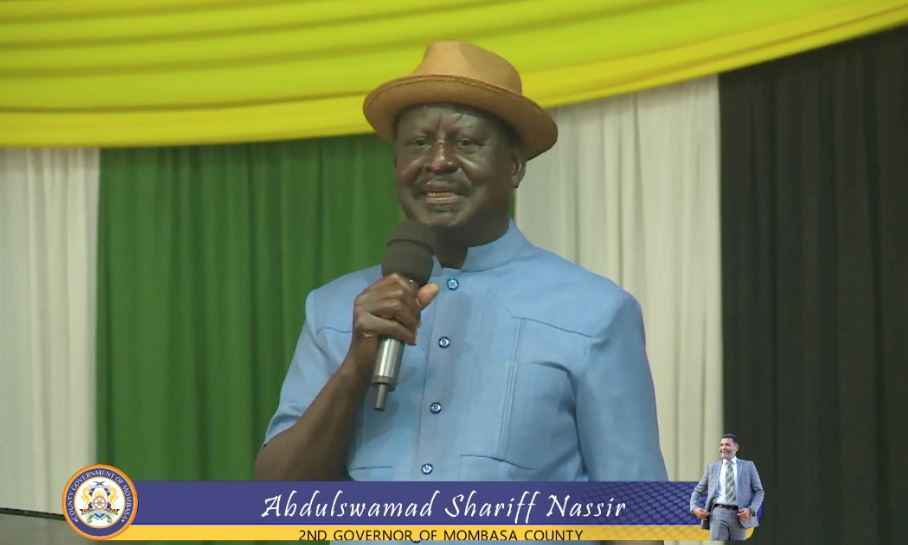 The former Prime Minister shamed the seven-judge bench led by Chief Justice Martha Koome, describing their ruling as a dictatorship.

According to Odinga, the Supreme Court ruling was baseless;  “It was not based on any law. It was based on thuggery,” he said.

Raila added: “We are not going to allow another dictator to become the leader of this country. We will also not allow the judiciary to become a dictator in this country.”

The ODM leader said it was appalling that the Supreme Court was shown proof of how Venezuelan Jose Carmago interfered with results on the IEBC portal but it dismissed the evidence as hot air.

Raila at the same time said it is within his right to call out the Apex Court for upholding Ruto’s win.

“We will talk. The Constitution of this country gives power to the people of Kenya, and all the other people exercising power are exercising donated power.

“So the Judiciary is no exception, if they become rogue, we have power as the people of this country to reform them and send them home. We can lead a million march to the Judiciary to say kwendeni nyumbani and they will have no choice but to go home,” Raila said.

“It is our constitutional right to say hii ruling ilikuwa shenzi.”

Further, Raila Odinga intimated that there’s no need to hold presidential elections if results are determined by the likes of Jose Carmago.

“Why should women, the elderly (and) the disabled queue for so many hours to cast their votes when at the end of the day it is a mercenary from Venezuela called Mr Jose Camargo who eventually decides who becomes the president of this country?” Raila posed.

The former Prime Minister spoke on Thursday after jetting back from Zanzibar to attend the swearing-in of Mombasa Governor Abdulswamad Nassir.

Raia mentioned he took a vacation with his family to heal from the loss of the presidential election.

“I have been out of the country; I went to recuperate in the spice Island of Zanzibar. I took my wife, children and grandchildren also to go heal after the shock they got as a family,” he said.

Here’s What’s Trending in Nairobi This Furahiday < Previous
Kenyans Agree With Reuben Kigame That Ruto is Overdoing Religion Next >
Recommended stories you may like: