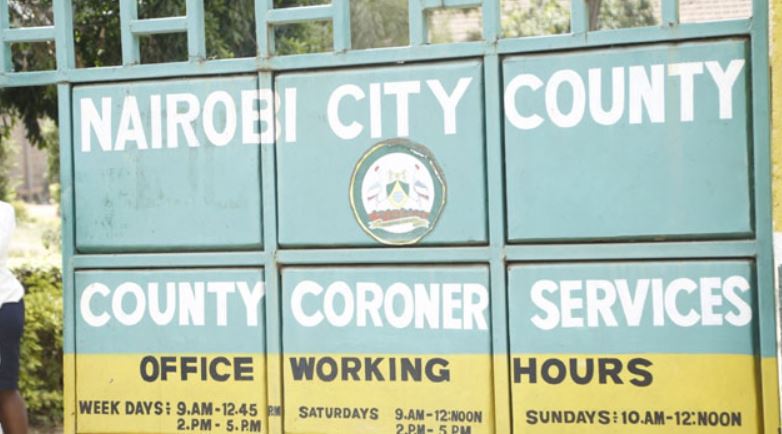 Members of the public have less than a week to identify and collect some 236 unclaimed bodies from public morgues in Nairobi.

In a statement on Thursday, September 29, Nairobi governor Sakaja, through the head of county public service Jairus Musumba, said the county will dispose of the bodies if they are not collected within seven days.

218 unclaimed bodies are lying at the Nairobi City Mortuary and another 18 at the Mama Lucy Hospital Mortuary.

“Pursuant to the Public Health Act Cap 242, interested members of the public are asked to identify and collect the bodies within seven days, failure to which the Nairobi City County will seek authority for disposal,” the statement read in part.

The bodies were received in the morgues between March 2021 and March 2022, having been collected from different locations by police officers on patrol.

Nairobi County published the names of those they could identify, dates of admission, causes of death and police stations where the deaths were reported. 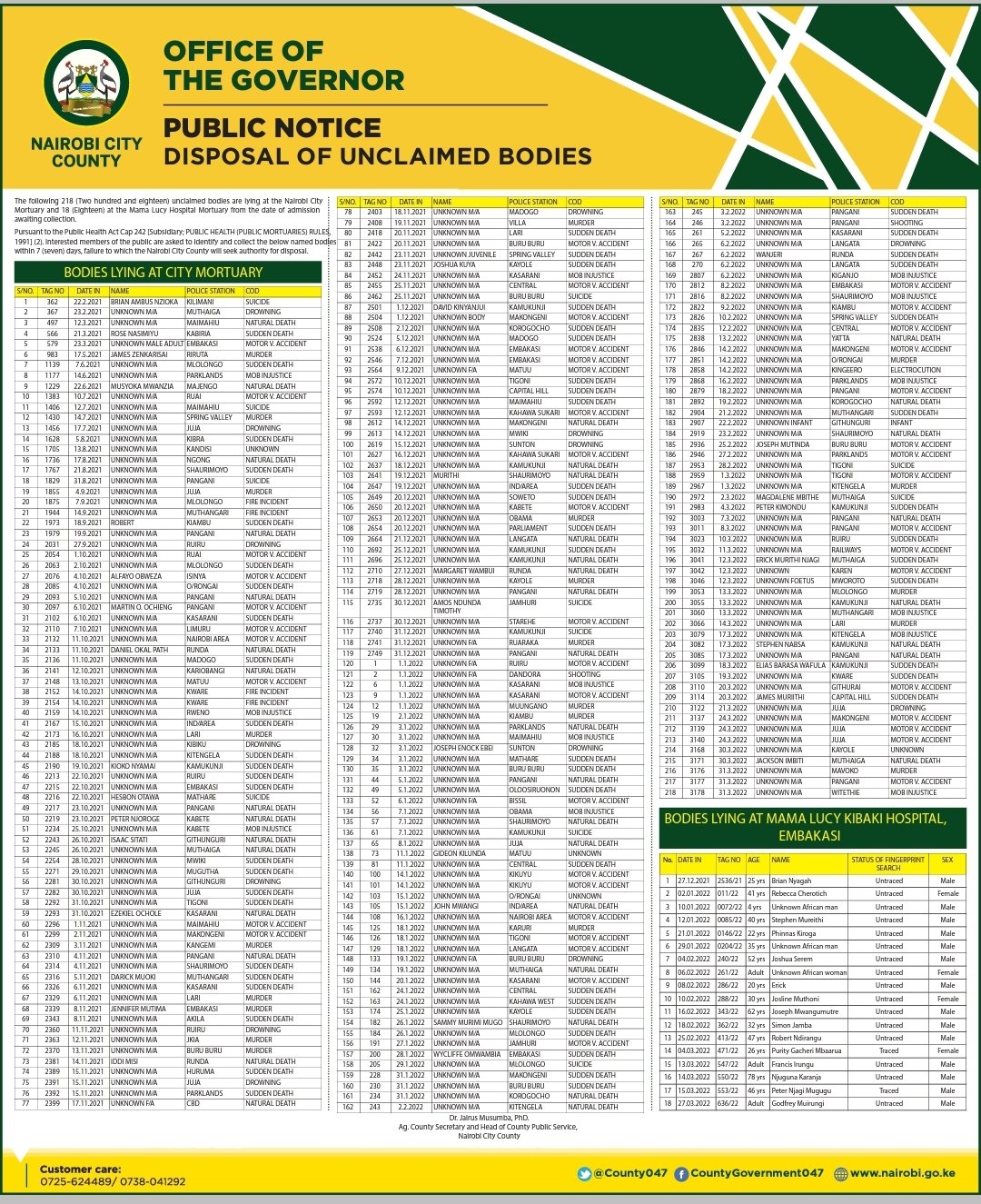 Revealed: ODM Party’s Multibillion Net Assets < Previous
Things To Know About Sandra Dacha Next >
Recommended stories you may like: