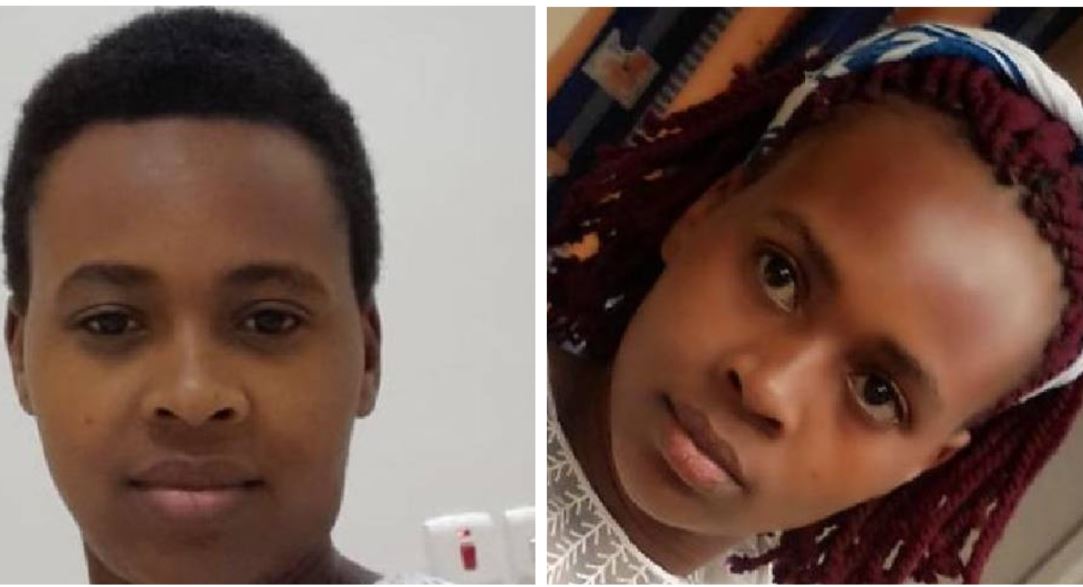 On 19th August 2022, Jackson Karanja received a message from his wife’s friend in Saudi Arabia, informing him that she had been found dead on the floor a police station after jumping from the third floor of a holding facility.

According to the authorities, Hannah’s case was ruled a suicide, a conclusion that her husband vehemently opposed.

Hope of a Better Future

According to the husband, Hannah travelled to Saudi Arabia in April 2022 after attending a three weeks training program in Thika, which was organized by her travel agent, who was facilitating her travel.

Hannah went to work as domestic worker and was hoping to start a business here in Kenya after expiry of her two year contract. Unfortunately, that was not going to be.

According to Hannah’s mother-in-law, all was well with Hannah until she got transferred to another house by her employer.

She complained about the poor working conditions and the mistreatment she was suffering at the hands of her employer.

Shockingly, she was allowed to sleep for only 4 hours, between 12-4 a.m., worked without pay and was denied food in spite of the hard work she was putting.

In an interview with a local media station, Hannah’s husband narrated that when the situation became unbearable, she contacted him requesting for Ksh. 40, 000 to facilitate her travel back to Kenya.

Karanja raised the money from friends but his messages to Hannah, inquiring how to send the money, went unanswered for two days.

Her silence did not raise any suspicion; Karanja assumed his wife had ran out of internet bundles and would contact him as soon as she could. Her call was not to come.

News of Her Death

Hannah’s mother-in-law received news of her sudden death through a WhatsApp message from an unknown number, asking if she knew Hannah and that she had died while trying to escape from a police station where she was being mistreated.

Hannah’s husband also received the news, but through his wife’s friend, although she did not divulge any information as to the cause of her death.

On further inquiry, he received different versions from different people; others said she had been killed at the station while others told him she had committed suicide by jumping from the third floor of a building where she was being held.

However, Karanja disputed that his wife was suicidal and sought to investigate further.

Attempts to Establish the Truth

Karanja visited the Saudi Arabia embassy to seek more information but was referred to the ministry of Foreign Affairs, which further referred him to the Diaspora office and then to the travel agent that was facilitating her travel.

Shockingly, the travel agent advised Karanja that it was under new management and had no knowledge of her case.

However, the agent later contacted him asking him to raise KSH 5 million to facilitate the return of her body to Kenya.

Allegations against the Agent

Shockingly, Hannah’s mom claimed that Hannah never sent money back to Kenya despite working in Saudi Arabia for more than a year.

Further, she stated that Hannah’s salary was being sent through the agent, although they never received even a cent from them.

Other Cases of Unclear Deaths of Kenyan Workers in Saudi Arabia

According to a 2019 parliamentary report on the state of Kenyan workers in Saudi Arabia, there were over 55, 000 Kenyans working in the country, with the majority working as domestic workers.

Another 2021 report by the then Principle Secretary for Foreign Affairs revealed that about 90 Kenyan workers had died between 2019-2021 under unclear circumstances.

In fact, PS Kamau Macharia stated that the Saudi government reported that the cause of death was Cardiac Arrest, raising questions among parliamentarians as to how all the 90 workers died from the same illness.

Although the PS agreed the deaths were suspicious, he argued that the ministry did not conduct postmortems to independently establish the true cause of death because it was not the ministry’s work to investigate such matters.

According to the 2019 parliamentary report, the government of Saudi Arabia has implemented the following laws to enhance working conditions for Kenyan workers:

* Employer should open an account for the employee and ensure they pay their salaries by 5th of the following month.
* Provided contracts for domestic workers to protect their rights
* Introduction of a 5 year work permit renewed annually by the employer
* 9 hour working day for normal workers and 7 for those working in hazardous conditions.
* Introduction of a prepaid annual leave of 21 days.
* One off day per week paid with cash.
* Employee service pay depending on the number of years they have worked.
* Call centers for dispute resolutions between employees and employers.
* Employees are also allowed to change employers and report cases of distress through the number 19911 or a toll free hotline 0800222223.

Why Kenyans are still Being Abused

In spite of implementing these strategies, some Kenyans are still being abused in Saudi Arabia because of unscrupulous agents who are liaising with fishy employers who do not want to comply with the labor regulations provided in order to continue underpaying, overworking, and mistreating employees.

In fact, by the end of 2021, the ministry of foreign affairs reported that the number of distressed workers in Saudi Arabia had risen from around 900 to 1030, implying that there was need for more reforms.

The government continues to blame agents for these murders, claiming that they give their clients contracts that do not conform to the provisions of the Saudi ministry of labor, setting them up for modern slavery.
If that is the case, then why hasn’t the government investigated and prosecuted agents who are putting their clients at risk?

Shouldn’t there be a law holding them accountable for their clients’ mistreatments if they do not conform to the provisions provided?

It is estimated that 1.93/1000 people are living in modern slavery while 46% are vulnerable to it.
These statistics imply modern slavery in Saudi Arabia maybe essentially a cultural rather than a political problem. If this is true, then it is highly unlikely that the Kenyan government can make any impact externally.

It would be easier for Kenyans to avoid seeking domestic employment there than for anyone to guarantee their wellbeing.

After all, isn’t prevention better than cure?

And, if the people of Saudi are so dependent on African Labor, wouldn’t an intentional shortage force them to rethink their practices?

They have cited better working conditions, including better pay.

So, Kenyans seeking greener pastures abroad should be advised to consider Egypt.

One thing is for sure, if Kenyans continue to flood Saudi Arabia for domestic employment in spite of the increase in mistreatment and unclear deaths witnessed over the last few years, we will continue to lose our young people, our brothers, sisters, and friends; and essentially, our future.