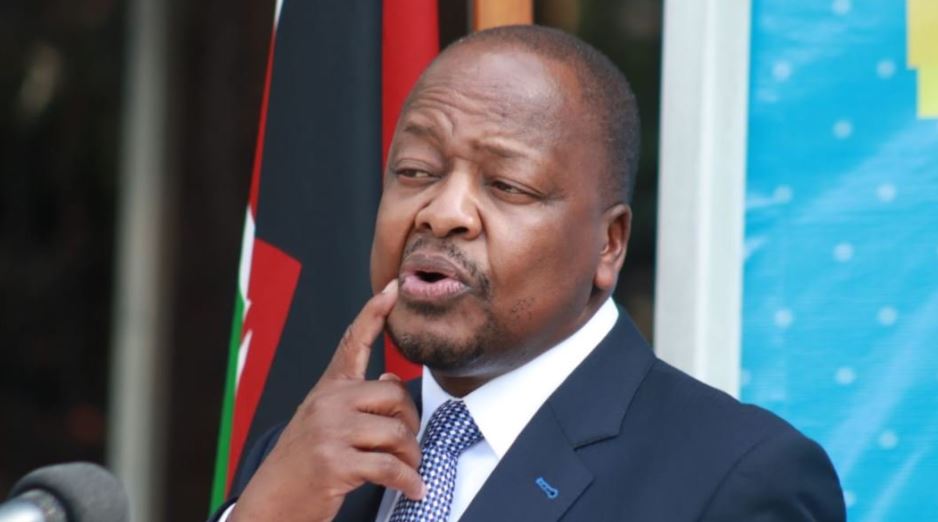 The Ministry of Health through Cabinet Secretary Mutahi Kagwe has issued a health alert following an outbreak of Ebola in neighbouring Uganda.

The CS on Wednesday, September 21, called on all the 47 counties to activate their rapid response teams in preparation for any eventuality.

He noted that Kenya is at high risk due to the porous nature of the Kenya-Uganda border in the Western region.

Kagwe asked the counties neighboring Uganda to take precautions that include screening travelers, truck-drivers bush meat handlers and health care workers, as well as sensitisation of the community to identify suspected cases.

“The main mode of transport is road, air and water (through Lake Victoria). Some of the formal and informal land crossings include border points such as Busia, Malaba, Lwakhakha, Suam. All these put Kenya at high risk of disease importation and therefore members of the public need to be vigilant and report any suspected cases,” the CS cautioned.

Kagwe at the same time asked citizens to take heightened precautions while visiting Uganda as well as the Democratic Republic of Congo.

He also asked Kenyans not to panic but instead watch out for any person presenting an acute onset of fever and any of the Ebola signs “especially if in contact with poisons with history of travel from Uganda and/or Democratic Republic of Congo within the previous three weeks.”