Lillian Ng’ang’a Hits Back at Trolls for Mocking Juliani 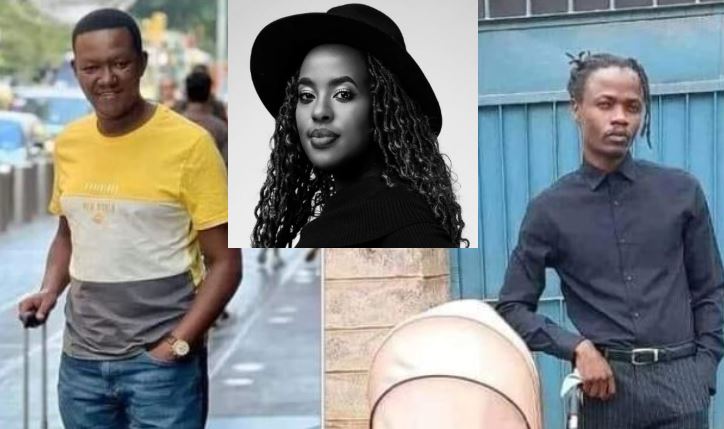 Former Machakos First Lady Lillian Ng’ang’a has brushed aside trolls who have once again jumped on her case.

The ‘Madam First Lady’ author was responding to a photo doing rounds on social media that compared her ex-lover Alfred Mutua with her current lover rapper Juliani.

The photo shows the former Machakos governor in Manhattan, New York, for the United Nations General Assembly whereas the rapper is seen on daddy duties.

“Probably the best thing to happen to this mohine(Mutua) was that kastro(Lillian) leaving him. He be rolling governmental now while the other(Juliani) is back home babysitting. Gaddamn!” Kibe wrote. 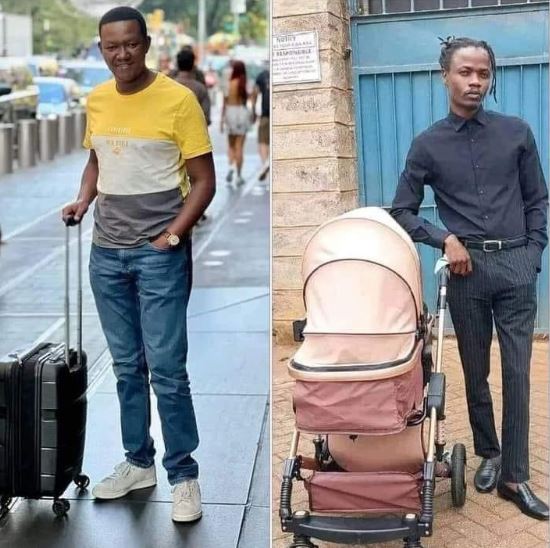 This prompted a reaction from Lillian Ng’ang’a who dismissed the internet slander as shallow.

“Just seen some shallow story that y’all trying to drag me into. Kweli hamchoki. Endeleeni tu.. Let me proceed with my day with my little boy,” she wrote. 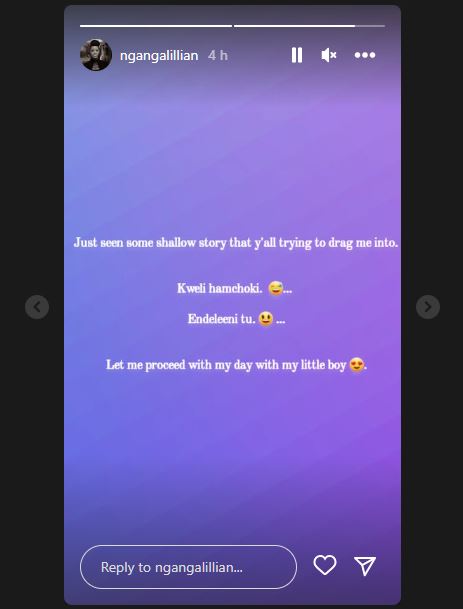 Why Jamal Roho Safi’s Ex-wife Amira was Hospitalized in Dubai < Previous
Why Actor Ainea Ojiambo Has Been Single for 19 Years Next >
Recommended stories you may like: