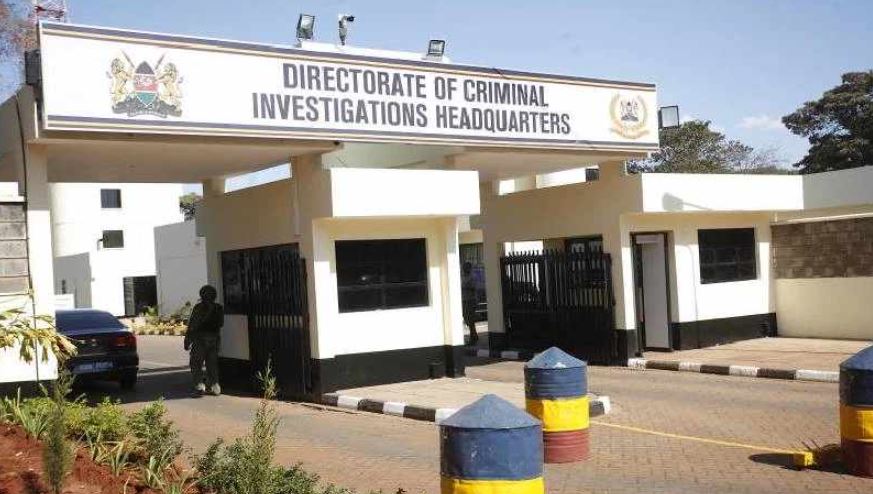 The Directorate of Criminal Investigations (DCI) has come out to refute reports doing rounds on social media that seven of its officers were forced to resign.

In a statement on Wednesday, the DCI confirmed that the officers left the security agency in August but they were not forced to resign.

“Like in any other progressive institution, resignation of staff to pursue other interests in life is well provided for in the National Police Service, under the NPS Service Standing Orders (SSO),” DCI said.

“Therefore, the officers reported to have resigned did so under the 24-hour rule on diverse dates last month and were not forced to leave the service as alleged.”

The DCI further disclosed why the seven officers left the agency.

“The detectives who were based at different specialized units within the Directorate left to pursue their careers in the private sector as financial investigators, fraud experts, IT specialists among others.”

This comes as Deputy President Rigathi Gachagua on Thursday said they had directed the DCI officers to leave government offices.

According to the DP, DCI officers were harassing and intimidating govt officials on the pretext of fighting corruption.

“We are aware of the harassment and intimidation that governors undergo through state agencies. The level of extortion by detectives pretending to be fighting graft, whereas they were extorting money. We assure you this is a thing of the past,” Riggy G said in Mombasa.

“We have told DCI to go back to Kiambu Road and wait for crimes to be reported there. They have no business in government offices hovering all over and creating a toxic environment for Service delivery,” he added.

“We cannot have detectives in government offices because they poison the atmosphere for civil servants to deliver.”

Senator Omtatah Would Have Been a Priest if not for Health Condition < Previous
Sakaja Tasks Olive Mugenda, Mercy Mwangangi With Reforming Nairobi Health Sector Next >
Recommended stories you may like: