Living With Bipolar Disorder: I Harassed my Family, Employees Before Diagnosis 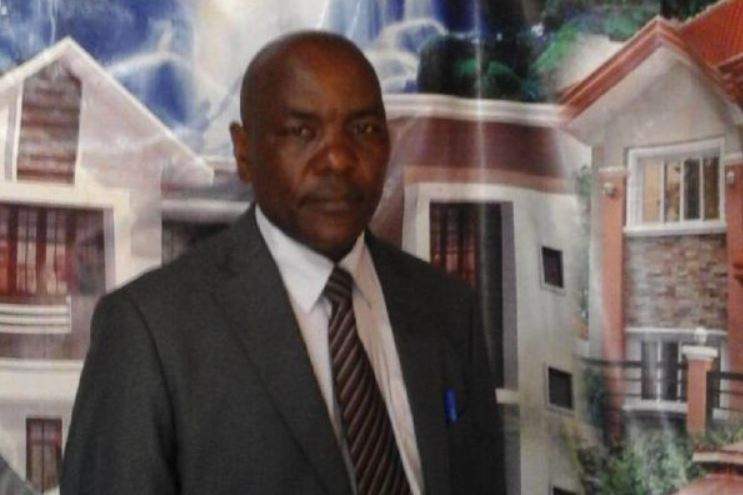 Charles Kimunya did not know he was suffering from Bipolar Disorder until his daughter, a nurse, forcefully took him to a mental hospital.

He narrates his story.

My name is Charles Kimunya, 60 years old. I was born and raised in Nyeri in a family of nine children. I am a husband, a father and a grandfather. I live in Ongata Rongai where I run my business.

You are a survivor of bipolar disorder. Please tell us your experience.

I was diagnosed with chronic bipolar attached to depression.  I can say this condition began way back without me realising it. However, I was officially diagnosed in 2015.

When did you opt to seek medical care?

My condition had reached a serious level and my family could not cope with my violent reactions. Personally, I did not feel like I was sick; instead, I felt it was other people who had a problem.

My family, particularly my wife and daughter, who is a nurse, conspired to take me to a mental healthcare institution without my knowledge.

They knew that if they told me I would not have gone so they used my friend to convince me to accompany him to a medical appointment, which was not the case.

Upon reaching there, the medical personnel forcefully bound me, gave me an injection to calm me down and started diagnosing my condition. This is when they discovered that my condition was bipolar 1 disorder.

What was your reaction at home that prompted your family to take you to a mental institution?

To say the truth, I was acting weird although I didn’t realise my problem. I was harassing my wife and children to the point they were avoiding me or running away from me whenever I was nearby. In fact, they were happy when I was not around. I used to quarrel over non-issues because most of the time, I was angry, aggressive and always dictated things to my family. I could get mad with rage if my orders were not followed.

I also had a problem at my workplace; I did not have a good relationship with my workers. In fact, I used to fire workers every now and then and although I would work hard to satisfy customers, many used to complain why I had to fire and hire new staff every day.

Looking back, what do you think could have triggered your condition?

It was probably my upbringing. Although I grew up well in a moderately well-to-do family, my father was very harsh on us and particularly on me. He would beat me up thoroughly over small things like getting up late, being in the kitchen, getting low marks at school, or any other mistake. He was a no-nonsense disciplinarian but his way of correcting us was very extreme. He also forced me to do things like taking care of the cows, cultivating land, and other chores, which is today known as child labour. I felt hated as a child.

Another thing is my experience at the National Youth Service training. After completing my Form Four education, my sister took me straight to NYS training at Gilgil. At this time, I didn’t even know what NYS was and I thought I was being taken to a job. The harsh environment at this place was totally unfavourable to me and I almost ran away from the training camp.

I can also attest that genetics played a great role because I came to learn that bipolar disorder is genetic by nature. My grandmother died by suicide (through drowning), same case with my mother after several attempts. Furthermore, from my father’s own behaviour, it’s evident he had a mental problem although it didn’t reach an extreme level. I have a daughter who also suffers a condition like mine.

Please tell us about your healing journey and the level you are at the moment.

As I told you earlier, my wife and daughter conspired with my friend and I ended up at Nairobi West Hospital. The medication didn’t work since I was not complying.

Later, I was referred to Kenyatta National Hospital and after several months of treatment, I started seeing improvement. I then sought more specialised care at a private hospital of which I am currently following the regimen. Although I am not fully healed, I am seeing a great deal of improvement on my side.

How would you advise parents to take care and discipline their children?

As much as discipline and training on responsibilities to your child are necessary, they should not be too extreme. I understand why the government outlawed corporal punishment and child labour. Children need to be loved and given a conducive environment when growing up.

Which challenge do people suffering from mental disorders like you face?

Many people like me are unable to get the necessary medical support due to a lack of resources.  Like me, my daily dose is worth over Sh500; so what if someone doesn’t have the money?

Women in Tech: Meet Cybersecurity Consultant Nancy Njeri Muriithi < Previous
How I Became an Image and Etiquette Coach Next >
Recommended stories you may like: