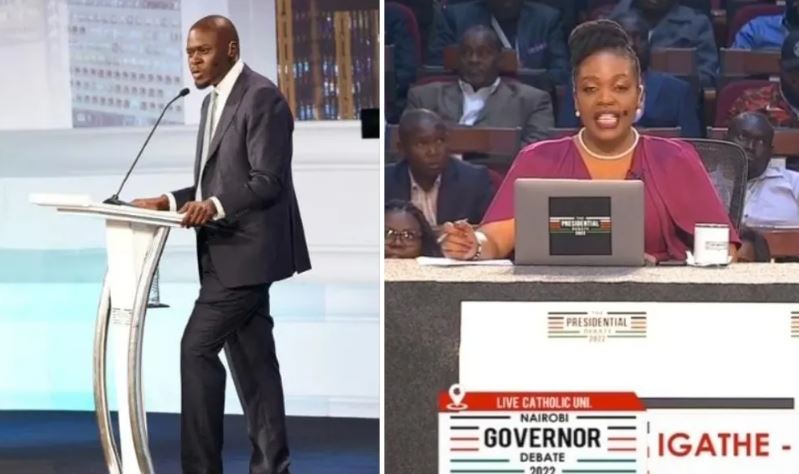 During the debate on July 11, Zubeida and Sakaja clashed after Igathe had questioned the Nairobi Senator’s identity.

Their heated exchange played out as follows;

Zubeida: Is your name Sakaja?

Sakaja: I believe that’s the person you invited. Is your name Zubeida?

Zubeida: I’m the one asking the questions

Zubeidah: You were called to provide answers to the requisite questions. Just tell us if your name is Sakaja

Sakaja: Who did you invite? I think we need to filter out the issues Nairobi residents are facing instead of trivializing this debate as to what my name is. My name is Arthur Johnson Sakaja.

Zubeida would later come under fire from a section of the Kenyan online community. They accused of her being biased against Sakaja.

But on Wednesday, July  20, Zubeida Koome said she strictly followed the rules set by the debate organisers.

“I did not question him because I was leaning towards one political side. The question was in line with the debate moderation procedures we must adhere to.

“Two minutes are allocated for each candidate to respond to questions posed by the moderators and one more minute in case of a rebuttal,” Zubeida said on Vybez Radio.

The news anchor also stated she is not affiliated with any political movement or candidate.

“While executing my duties, I do not lean or tend to support any political divide. Neither do I project my interest or those of my allies.

“I was sent to serve Kenyans, and that has been my principle for the last 15 years,” Zubeida said.

Musician Sues Politician for Using his Song to Campaign < Previous
Kenya’s Passport Ranked 9th Most Powerful in Africa Next >
Recommended stories you may like: