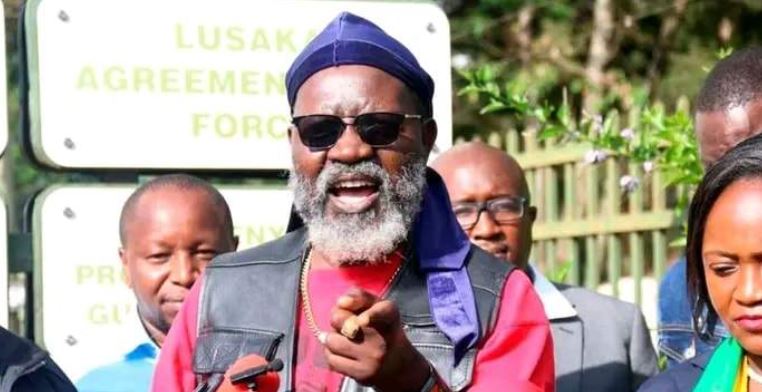 Speaking to K24TV on Monday, July 18, 2022, the Roots Party presidential candidate said the spies have been planted in his office. He added that he has since identified two of them but he has no intention of blowing their cover.

“They (both DP Ruto and Raila’s camps) have put spies in my office. I have two that I know of. I was a spy before, so if you send a mediocre to come and spy on somebody who has been a spy,” he said.

Wajackoyah said he has been toying with the spies instead of booting them out.

“I look at them… but I can’t send them away, I just play with them the way a cat plays with a mouse,” he added.

Wajackoyah additionally maintained that he was offered Sh200 million to drop out of the presidential race.

“The people who offered me Sh200 million wanted me to spoil votes for a certain Presidential candidate by campaigning in his territory. There are boys I am fighting for in the streets. If I take that money, don’t you think they’ll kill me?” the lawyer posed.

Wajackoyah also reiterated his threat to skip the presidential debate on July 26 unless he is pitted against Odinga and Ruto.

“I am not attending the presidential debate unless I am paired with Ruto and Raila. I am more popular in Nairobi than any of these people. I will win this election without debate,” he stated.

First Lady Margaret Kenyatta Pledges To Continue Supporting Disadvantaged Groups In The Country < Previous
Sifuna Speaks on Alai ‘Fight’: “He is Not a Light Guy Next >
Recommended stories you may like: