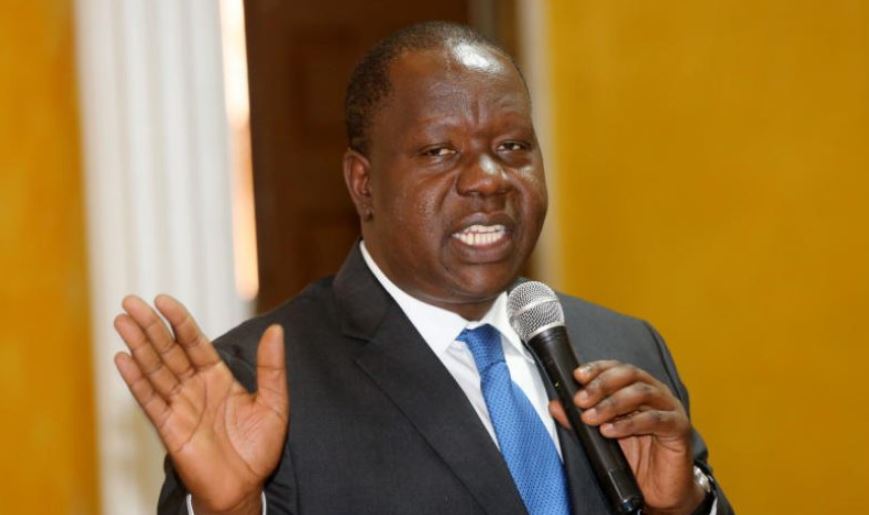 Ruto, while speaking during the Presidential Debate on Tuesday night, claimed the government withdrew NPRs from the conflict-prone Kerio valley in 2019 to punish him.

“The withdrawal of the reservists was a political agenda meant to punish Ruto. We had over 5,000 police reservists who were relieved of their duties leaving the communities exposed.

“There was a false narrative after the ‘Handshake’, and the government said police reservists in the area were Ruto’s militia and they were withdrawn and the situation went south,” Dr Ruto said.

“I have deployed my personal resources to deal with that situation because I know it was a political agenda.  The withdrawal of the National Police Reserve (NPR) was really an unfortunate act intended to punish William Ruto,” he insisted.

But in a rebuttal on Wednesday, Interior Cabinet Secretary Fred Matiang’i dismissed Ruto’s claims as lies.

The CS explained that the deployment of NPRs is informed by the security situation and consultations with local leaders.

“As we speak right now we have National Police Reservists (NPRs) in some parts of North Rift. There has never been a time where we have withdrawn NPRs from North Rift or any part of the country. What happens in the security sector is that reviews are done from time to time depending on what is needed in a particular area,” said the CS.

“And in most cases, consultations are done with local groups… In some areas wananchi themselves and even their political leaders tell you we a need a redeployment of NPRs.”

CS Matiang’i bashed Ruto saying if he had his job he would not have embarrassed himself by telling lies on national TV.

“To be very honest I don’t like commenting on some of these petty political things because some people lie all the time like it is a career. You saw those lies yesterday. They lie about anything probably the only true thing about themselves is their name,” said Matiang’i.

“It would be better if people did their job. If they attended the meetings they were supposed to attend, if they sought briefs from the people they are supposed to, they would have been given proper information instead of going to embarrass themselves in that kind of manner,” the CS added.

Ruto Didn’t Support Uhuru Willingly, He was Paid, Says Tuju < Previous
Nairobi Man Slits Own Throat After Stabbing Egyptian Man Over Debt Next >
Recommended stories you may like: