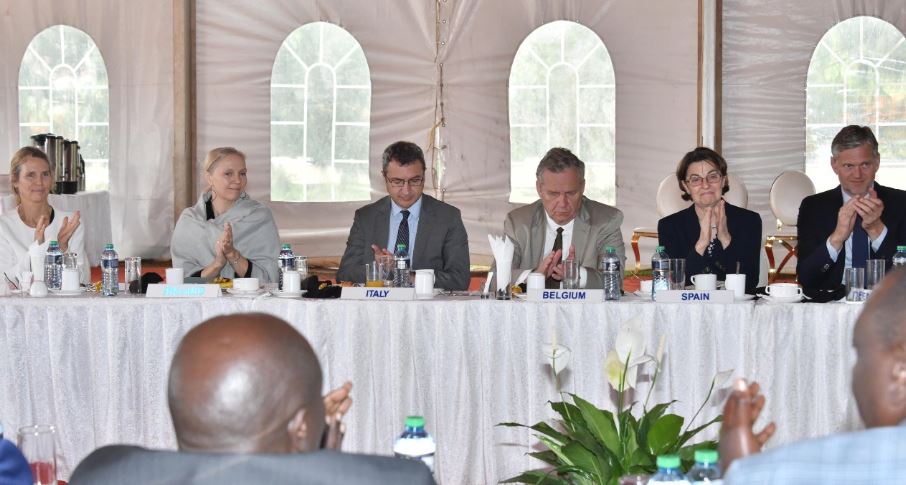 Deputy President William Ruto Thursday held a consultative meeting with European Union ambassadors in Karen, Nairobi, where he spoke about corruption and the infamous COVID-19 Billionaires.

Ruto said the biggest impediment in the fight against corruption is undermining institutions tasked with tackling graft by restricting their financial autonomy.

The DP told the EU ambassadors that the same institutions are being used to settle political scores.

“That’s how the COVID-19 billionaires escaped because they were friends of the people who say they want to fight corruption. If the fight against corruption was left to the institutions, the COVID billionaires would be behind bars by now,” he claimed.

Ruto said the country needs a financially independent Judiciary and pledged to operationalize the judiciary fund that will give resources to the institution if elected President.

“We believe as Kenya Kwanza that the fight against corruption must be institutionalised and not personalised. It must be a fight against all criminals from all shades. It must not be weaponized against your political opponents and the people you don’t like while protecting the corrupt who are your political allies, friends or members of your family,” Ruto stated.

DP Ruto: One Million Voters Have Disappeared From IEBC Register < Previous
Kenyan Poacher and Heroin Trafficker Pleads Guilty in US Next >
Recommended stories you may like: