Susan Kihika is Not a Kenyan. She’s an American: EACC Told 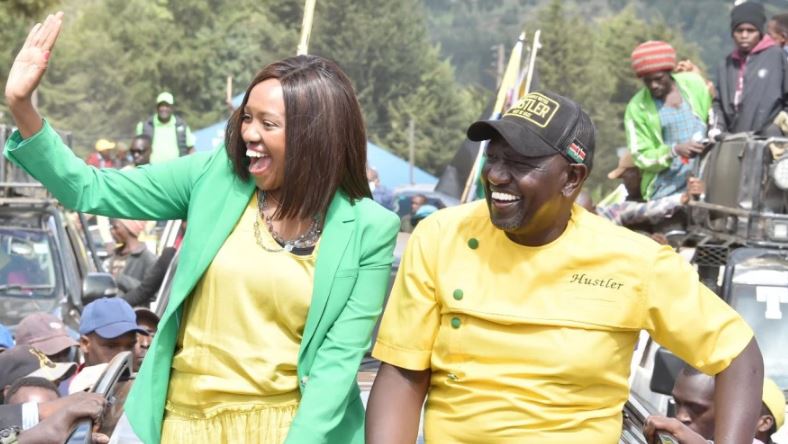 A petitioner has written to the Ethics and Anti-Corruption Commission (EACC) informing it that Nakuru Senator Susan Kihika is not a Kenyan citizen.

Joseph Kimani Njuguna is seeking to block Kihika from contesting for the Nakuru governor seat in the August polls.

In his letter, Njuguna tells the anti-graft watchdog that the lawmaker renounced her Kenyan citizenship nearly two decades ago.

This after she acquired American citizenship. For this reason, Njuguna argues Susan Kihika is illegible to run for any seat.

“Susan Wakarura Kihika is a citizen of the United States of America. She acquired the citizenship by renouncing her Kenyan citizenship in 2003. She is therefore not suitable to vie for any seat,” reads the letter copied to the IEBC.

“Having lost her Kenya citizenship, the said Susan Wakahura Kihika was required under section 10 of the Citizenship and Immigration Act Cap 172 of the laws of Kenya to apply in the prescribed manner in order to regain citizenship of Kenya,” Njuguna added.

The petitioner also observed that Kihika violated the law by holding the positions of Nakuru Assembly Speaker (2013-2017) and senator (2017-present) as an American citizen.

“I contend that she became Speaker, senator and is now seeking to become governor in contravention of the Constitution and other statutory provisions of the law,” he states.

“I, therefore, request that Ms Kihika be barred from contesting the upcoming general election of August 9, 2022 in the position of Governor Nakuru County.”

EACC received the letter on June 21.

Meanwhile, Susan Kihika has dismissed the petition as a desperate attempt by her competitors.

She quoted on her Facebook page, Exodus 14:14: “The Lord will fight for you, you need only to be still.”

“When they sense defeat their desperation knows no limits,” she wrote.

Kihika also tweeted: “So, as a Senator I was Kenyan but now that I am going for governorship I am not Kenyan? It’s all right, God is watching you.”

Kihika is set to lock horns against incumbent Governor Lee Kinyanjui in this year’s elections.

Court Hears How Nairobi Househelp Stole Sh600K From Employer, Hid Sh30K in Flask < Previous
President Kenyatta Kicks Off Issuance Of 1 Million Title Deeds Next >
Recommended stories you may like: