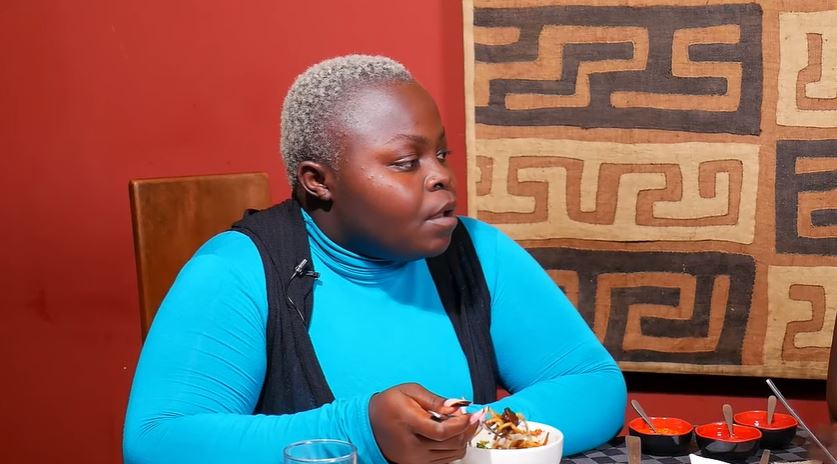 Content creator Pritty Vishy has blasted her ex-boyfriend Stevo Simple Boy for alleging that she cheated on him with over 50 men.

Stevo made the claim during an interview with Obinna on the Kula Cooler Show last week. This week, Obinna hosted Pritty Vishy, giving her a chance to respond to Stevo Simple Boy.

Obinna asked her whether Stevo had lied, to which Pritty retorted: “Ati 50? If he knew I was cheating with 50 men, why did he stay with me?”.

Obinna insisted: “Yeah I was wondering I called him on kula cooler show and he said you had 50 men and he just behaved like he didn’t know.”

Pritty further claimed Stevo Simple Boy was toxic and would accuse her of cheating whenever he saw her with someone else.

“You know the problem with Stevo, he used to accuse me of cheating. When he sees me with someone, oh I am cheating. He is toxic. He is a toxic boyfriend, so I should not walk with people?” she wondered.

Pritty also disclosed she dated a celebrity whom she declined to name.

“I met him at a wedding, he was an MC. He is a Kenyan celebrity and is a mubaba? And he was Mc’eeing in a wedding

Police Statement on Shocking Armed Robbery in Rongai Caught on CCTV < Previous
I Flee from Sexual Immorality: Daddy Owen on Overcoming Temptations Next >
Recommended stories you may like: