Kenyatta, who was accompanied by his visiting Sierra Leone counterpart Julius Maada Bio, made an extensive tour of the ultra-modern museum developed by the Kenya Defence Forces.

Among the outstanding attractions at the new Uhuru Gardens National Monument and Museum is the military gallery with a rich display of Kenya Defence Forces weaponry, equipment and technology through the decades.

As part of the commissioning, the President lit a memorial flame and laid a wreath of flowers in honour of Kenya’s heroes including freedom fighters in an elaborate military ceremony that included a special parade and march-past by the Kenya Defence Forces.

Sitting on 65 acres, Uhuru Gardens boasts a tunnel of martyrs, an underground military gallery, a birth of Kenya gallery and a people of Kenya gallery showcasing the diversity of the country’s cultures.

It also has a presidential library, bronze sculptures of Kenya’s wildlife and stone carvings of freedom fighters Dedan Kimathi and Mekatilili wa Menza.

There are also water features, 12,300 2D and 3D artifacts collected from various parts of the country, and 40 different visual interviews by historians, academics, experts and the country’s heroes.

From above, the new buildings bear the shape of a court of arms.

“Uhuru Gardens National Monument and Museum not only speaks of our pain as a country but also eloquently tells the story of our heroes, academicians, sportsmen and women,” said President Kenyatta

He added, “Stepping on these grounds should give us all a sense of national duty and reaffirm our patriotism.” 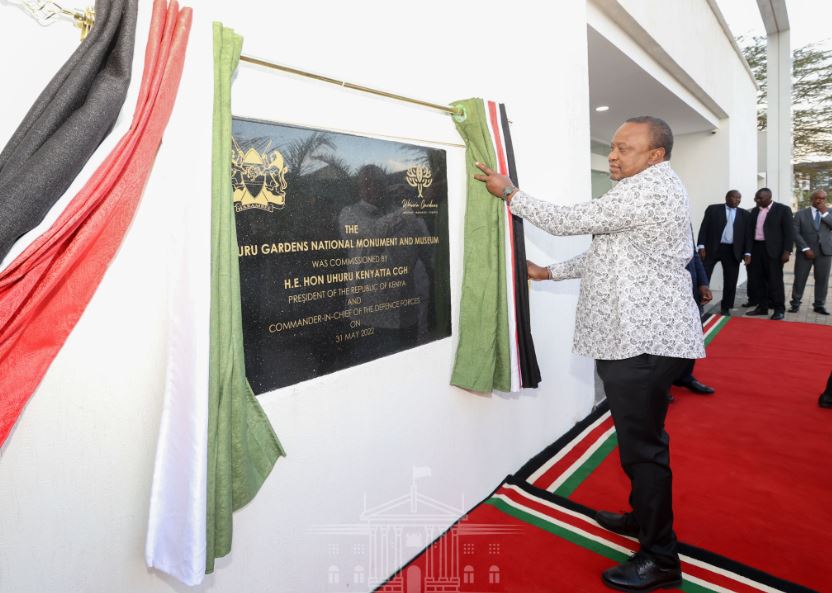 Prev1 of 16Next
Use your ← → (arrow) keys to browse
English Point Marina Seized Over Sh5bn Loan Debt < Previous
MMC996, The Online Casino in Singapore You Should Go To For Best Online Gambling Next >
Recommended stories you may like: