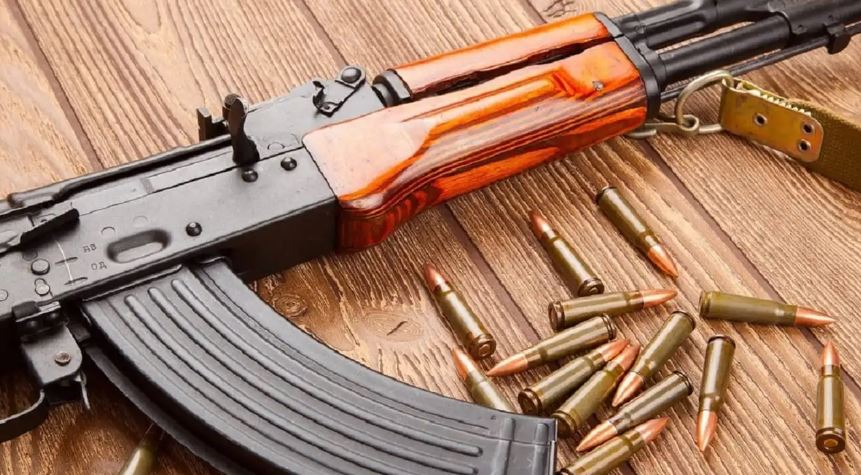 A 55-year-old man from Chaka, Nyeri county cheated death on Tuesday after he snatched a firearm from a robber who had attacked him.

Irungu Mwangi was walking home at around 8 pm when the lone gunman accosted him at Chaka Primary School.

Armed with an AK-47 rifle, the criminal ordered Mwangi to lie on the ground and surrender all his valuables.

The man handed out a Sh200 note saying it was the only money he had from his day’s work. Unconvinced, the thug decided to ransack his pockets himself.

He stepped on Mwangi’s back with one foot and placed the AK-47 on the ground to have better access to Irungu’s pockets.

“What a terrible miscalculation from the thug who seconds later, was fighting to regain control of the firearm from Irungu, as the prey turned out to be the predator.

“With the stealth of a hungry cat, Irungu shoved the assailant to the ground and grabbed the firearm, leading to a brief scuffle as the thug tried to regain control of the rifle,” the DCI said in a statement.

Adding: “Luckily for him, Irungu didn’t understand the working mechanism of the firearm. As he fumbled on how to chamber a round and fire, the attacker disappeared into darkness.”

Police officers arrived at the scene and established that the firearm, serial number AK47 S/No. KP 4915512 with a magazine loaded with 15 rounds of 7.62mm special, had been stolen from Nairutia police station in Kieni West Sub-county, on April 15, 2022.

“Irungu, who thanked God for saving his life, attributed his bravery to living close to the nearby National Police College Main Campus-Kiganjo, where out of curiosity he had twice peeked through the thick Kei Apple (Kaiyaba) hedgerow, as trainees undertook their musketry & martial arts lessons in the region’s premier police training college,” the DCI claimed.

A manhunt for the suspect is ongoing.

Here’s What’s Trending in Nairobi This Thursday < Previous
Revealed: The Alarming Number of Road Fatalities This Year Next >
Recommended stories you may like: